Restrain, the well-known manufacturer of anti-sprouting systems for potatoes, is expanding its business in Latin America. Since April 1, the company has been receiving assistance on the continent itself. International potato expert and agronomist Daniel Caldiz has joined Restrain as an international potato consultant. 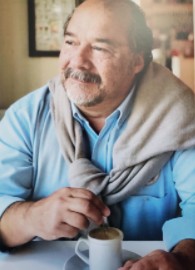 Caldiz was associated with the University of La Plata, Argentina as an agronomic researcher for more than twenty years. He then worked in research & development at McCain Foods between 2000 and 2020, first as Agronomy Manager and later as Global Director of Agronomy. Rather than resting on his laurels, he now uses his decades of experience as an International Potato Consultant at Restrain.

A smart, simple and sustainable system
“At Restrain I can combine my two areas of expertise”, Caldiz explains. “First, my scientific knowledge about potatoes; and second, my experience in commercial potato processing. I think Restrain offers a smart, simple and sustainable solution. The software does most of the work, it is easy to use for growers and it uses the natural gas ethylene to prevent sprouting, instead of chemicals. As an agronomist, that appeals to me.”

Consistent quality and no waiting time
Caldiz wants to expand the use of Restrain in countries such as Brazil and introduce the technology in Latin American countries where it is not yet used. “Unlike in Europe, potatoes in Latin America are grown all year round and often delivered immediately. Still, potato storage is of added value, especially for potato processors. They prefer to always work with the same potato varieties of constant quality. Restrain makes that possible by storing potatoes safely while retaining quality. Moreover, potatoes can be processed as early as two days after the Restrain treatment, without a waiting time.”

Positive reactions thanks to good results
In Europe, the ban on CIPC turned the market for sprout inhibitors upside down. In Latin America the situation is different, Caldiz explains: “In some countries CIPC is not registered at all. There, Restrain is already becoming known as an effective and cost-efficient sprout inhibitor, thanks to the good results at large Brazilian processors and in Europe.”

“In countries where the use of CIPC is still allowed, we see that companies are preparing for the future and a possible ban. In those countries, we want to familiarize growers with the technology and benefits of Restrain. I like the interaction with growers and processors. I enjoy informing them about Restrain and hope I can convince them to start using it. The first reactions are very positive.”