The Australian government has committed around $850million in funding in an attempt to drive competitiveness, growth and resilience in the agriculture sector.

In the Federal Budget, handed down on Tuesday night, the government announced a Delivering Ag2030 plan, which is aimed at supporting the industry’s goal of $100 billion farmgate value by 2030.

Among the measures of the plan: $400.1 million to strengthen biosecurity, $32.1 million to extend opportunities to reward farmers for the stewardship of their land, $29.8 million to grow the agricultural workforce and $129.8 million to deliver a National Soils Strategy, to help improve farm yields and increase productive capacity. 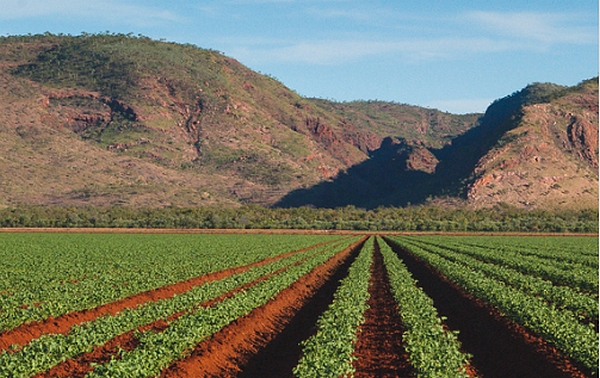 Minister for Agriculture, Drought and Emergency Management David Littleproud says investment being made in priority areas, will give farmers the confidence to invest and take advantage of opportunities going forward.

“Agriculture continues to drive our nation’s economic comeback and secure our recovery by getting Australians back into jobs and strengthening the regions,” Minister Littleproud said. “Despite the challenges of drought, COVID-19, fire and floods, the agricultural sector is expected to reach a record $66 billion in production in 2020-21. This Budget delivers outcomes for primary producers and gives them the protection and assistance they need to do what they do best – grow the finest produce in the world, feed Australians and export to the world.”

Under the Agri-Business Expansion Initiative, the Government is providing $87.7 million to help diversify and expand export markets so farmers can continue to export “world-leading” produce. Mr Littleproud added that a strong biosecurity system protects Australia’s production base and preserves the “clean and green reputation”, delivering premium export prices and better returns for growers.

“Our $400.1 million biosecurity investment in this budget comes on top of the Government’s record spending on biosecurity and export services, $888.2 million in 2020-21,” he said. “This funding will boost our frontline people and resources, strengthen our partnerships with industry and the community, and modernise our ICT systems, technology and data analytics to better target risk and speed up clearance times.”

He says the Budget delivers further opportunities for farmers to diversify and boost farm income, and be rewarded for the management of their land, through an investment in biodiversity stewardship will deliver on-ground trials, implement the Biodiversity Certification Scheme and deliver a trading platform to bring buyers and sellers together.

Also as part of the package, $15.0 million will be spent to support technical market access and increase Australia’s influence over global trade rules, and $25.2 million to attract Australian workers to modern agriculture, particularly school leavers and young people. $1.5 million will be given to Agricultural Innovation Australia to develop investment strategies for four new national priorities and $4.6 million to build workforce management and planning skills for agricultural employers.

The National Farmers’ Federation (NFF), who is driving the 2030 goal for the industry, says the government’s initiatives will provide tangible, on the ground benefits to farmers and bush communities. But NFF President Fiona Simson says climate change was both an enormous challenge and opportunity for farmers.

“Farmers are poised to continue to lead the nation in its reduced emissions future,” Ms Simson said. “The $237.9 million to help farmers better understand and manage their soils across a number of portfolio and priority areas acknowledges the importance of gaining a better understanding of soil carbon measurement and planning. The NFF also welcomes the $209.7 million for enhanced climate services which will go a long way to securing resilience and preparedness through more granular climate and weather data and forecasting.”

Ms Simson says the NFF had called on Government to invest in the development of a long-term trade strategy that consolidated and diversified agriculture’s export market base.

“We’ve seen $213 million for trade including the enhanced representation and promotion of Australia’s interests through the WTO and the establishment of a new international agriculture envoy program to protect agriculture’s export interests,” she said. “This Budget is recognition of the crucial role a strong and profitable farm sector plays in Australia’s overall economic prosperity.”

The NFF continues to call for a dedicated agriculture visa solution and an apprenticeship-style qualification.