This year’s melon season in Costa Rica will end on schedule with seedless watermelons and several varieties of mini watermelons in week 19. This will be followed by the last galia melons (week 20) and cantaloupe or yellow melons (week 21-22) hitting the market, reports Rolf Weber, managing director at Global Producers.

Average prices this season were higher than in previous years from the start of exports in week 2 to the approaching end of the season, and dollar rates were also 8 to 10 higher than last year, he said. “Therefore, despite significantly higher costs, this year’s melon season was an economic and financial success,” Weber concludes. 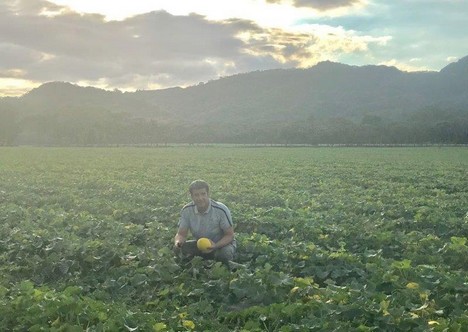 Rolf Weber in the melon field

Night time temperatures in the Pacific melon growing region have been 2-3 degrees lower than usual from October to the present and too cold for average production, he says. Weber: “This means that the yield was about the same as in previous years, but the calibers did not develop as desired. Due to a lack of weights, there was thus a 20-30 percent lower productivity per hectare. In addition, there was a higher percentage of smaller fruits that are correspondingly more difficult to market and in some cases are not carried in the food retail programs.” 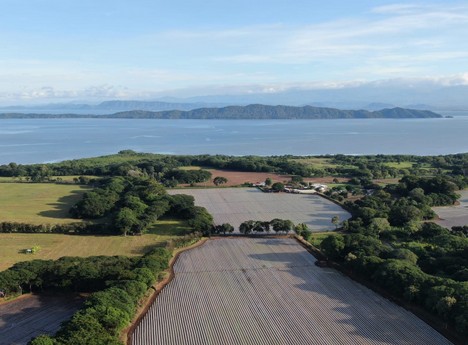 The yellow melon farm “Cabo Blanco” directly on the Pacific Ocean during planting.

Advanced variety development and cultivation technology
The new, modern varieties with their resistances and the targeted use of crop protection products by means of drone technology have resulted in a season with first-class qualities and no quality problems, the fruit importer continues. “Covid problems in farms and packing stations have also been more than manageable and low, and have not led to significant problems in exports. Nevertheless, additional costs have been incurred due to the appropriate measures and precautions taken.” 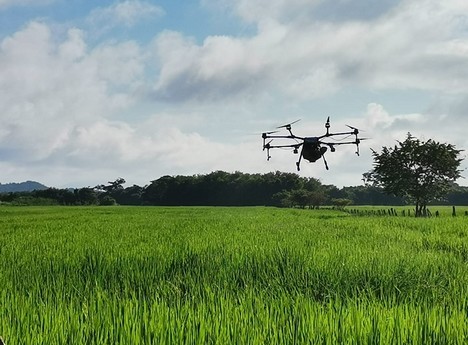 Use and spraying of crop protection products with drone technology.

Above all, the poor service of some shipping lines as well as troubles in ports that have been continuous for months, have made this season more difficult and expensive. “Conversely, from today’s perspective, we can be thankful, that the regular melon volumes with an average yield per hectare in Europe were not imported, otherwise the higher prices would not have been achieved,” Weber further explains.

“Less is often more”
“The last few years, starting with Brazil and ending with Central America, too large melon volumes have been imported, which is why the overall market and prices have come under disproportionate pressure and no satisfactory economic results have been allowed. In the future, we should perhaps proceed according to the motto ‘Less is often more’.