When growing chives indoors, one might think of an indoor farm setting using hydroponics and all the well-known growing parameters around it. However, in Zeeland a province located in the South of the Netherlands, there’s a company that cultivates chives in quite a unique way. 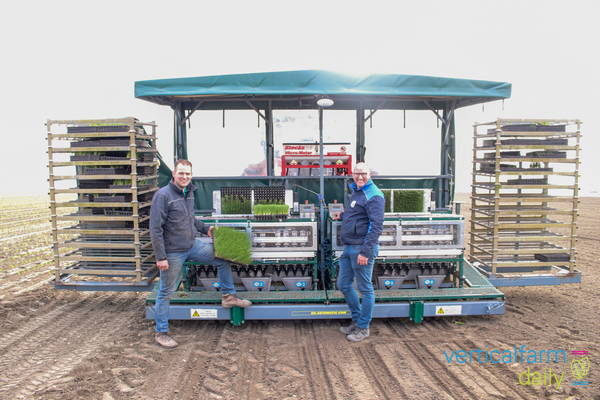 “Chives don’t need any nutrition in our indoor farm as they’ve absorbed all nutrients needed when growing in the open field. Therefore, having the chives grown outdoors to outgrow their roots in soil, we can ensure the best quality for our end-consumers,” says Arjen.

As demand has increased, Bevelander Growers have still been able to meet this. The company is one of the largest chives suppliers of the Netherlands, Albert Heijn, a Dutch retailer, as its largest client. The company is growing 1,365,000 crops per year, spread over 13 hectares.

The planting process is fully automated by means of a multi-row transplanter, supplied by Tolenaars Transplanting Services. After eight months of open field cultivation, the chives are harvested and cut.

Final growing stage indoors
Arjen affirms, “This only leaves us with the root plugs which will be discharged to a large freezer where they’re held deep-frozen for three months. Subsequently, the plugs are defrosted, cleaned and all set for their final growing stage in our vertical farm.” 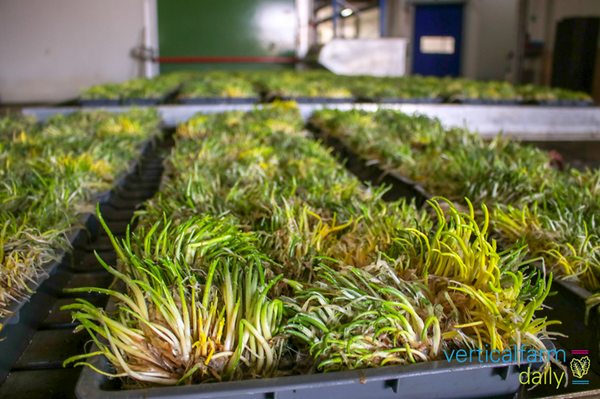 “We’re forging the growth indoors because chives are quite challenging to grow outside. According to Arjen, chives are a slow-growing crop which makes them rather susceptible to diseases that cannot be remedied. Next to that, it’s hard to find suitable land for these crops, he explained, because they have to feed themselves up to the max during their growing period outdoors.

Normally, it would take up to three months for the chives to fully outgrow, whereas in Bevelander’s vertical farm it takes about eight days straight. “It’s not without a reason that the chives are cut off before going into the freezer. It results in much thicker and tasty chives in the end, which is what our clients are after,” says Arjen. 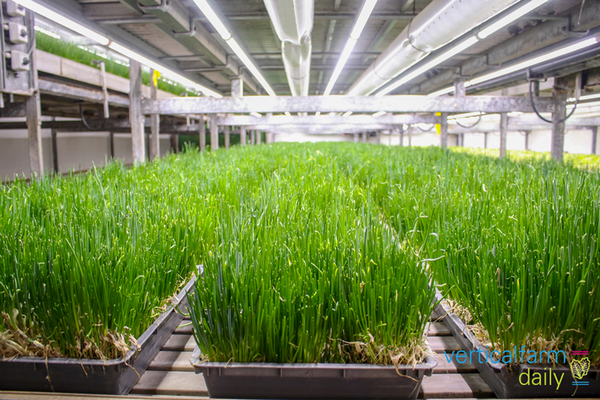 Switching from TL lights to LEDs wasn’t without complications, Arjen explains. “One complication was that LEDs emitted a lot of heat that we had to get rid of. Luckily, we could remedy the situation by adding a climate system to the farm.” Arjen says that micromoles aren’t of high relevance in chives cultivation, whereas the amount of light plays a much bigger role. “It’s all about the light density of lamps, based next to each other.” 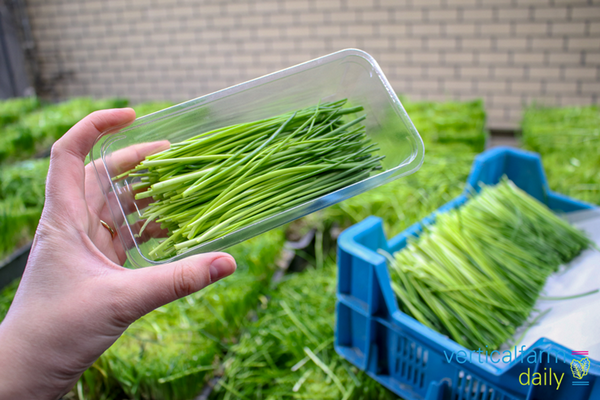 Ready to be driven off to the supermarket

Easing up processes
“We’re normally expecting a harvest of 1,255,000 million crops on average, with potential losses incorporated. The crops are planted 19.5cm apart. “In case a crop fails to fully grow, other crops have sufficient growing space available to outgrow that plant and remedy the losses,” Arjen notes. 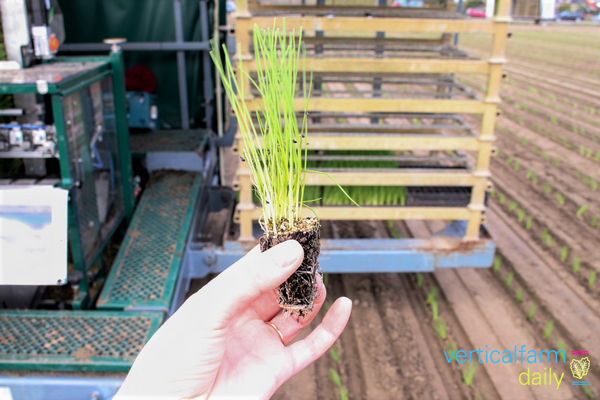 Ever since he started, Arjen has been on the lookout to automate the planting and harvesting processes. He didn’t want to be as dependent on manual work as it’s very time- and resource-consuming. Arjen explains that it’s much easier to use the automatic transplanter, eliminating many liabilities and costs.

Next to chives, the company also supplies a large amount of Chinese cabbage, Coriander, Mint, Parsley, Flat Parsley, Celery and Thyme. The mint is grown on an NFT system in growing tunnels, behind the processing- and indoor farming facility.