The use of chlorine and peracetic acid to sterilise fruit is increasingly being replaced by ozone to remove bacteria, mould and fungi without leaving a residue. ArcAqua, a Cape Town-based company, has patented technology that allows ozone to be entrained within a shroud of water droplets ‒ directing the ozone to the exact point of sanitisation.

“Our novel technology uses molecular attraction to effectively spray a sufficient amount of ozone directly onto the fruit. As a precaution, the ozone levels are monitored by environmental measuring systems, but the minimal amounts of ozone that may escape into the atmosphere, inevitably dissipate and convert back into oxygen,” explains Crispin Russell, chief technology officer. “Ozone reacts, does its job and goes away, so the ‘runoff’ from our system is just air and water.” 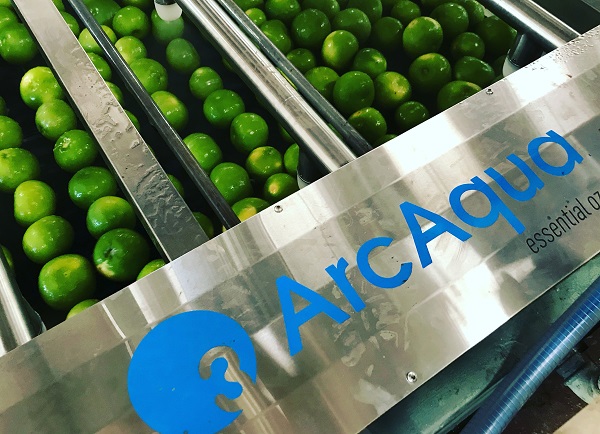 All the client needs to supply is electricity, compressed air and water. ArcAqua retrofits the equipment onto existing lines. For each client, they take into account the packing line speed and throughput so that they can design a customised system for each packing facility which will allow for peak tonnages to be sanitised.

“The ozone sanitises the surface, removing bacteria and mould while enhancing the overall shelf life of the product and contributing to the effectiveness of the fungicides added afterwards,” Crispin says.

Ozone treatment adopted by growing number
“We started in the postharvest industry in 2016, primarily with citrus and avocados. We did extensive testing with Westfalia Fruit and today we treat all of their avocados packed in South Africa.”

He adds: “Progressive and dynamic companies like Lona Fruit, Clemengold and Goede Hoop Citrus, amongst many others, have since installed the ozone technology due to its overall efficiency and ease of implementation.” 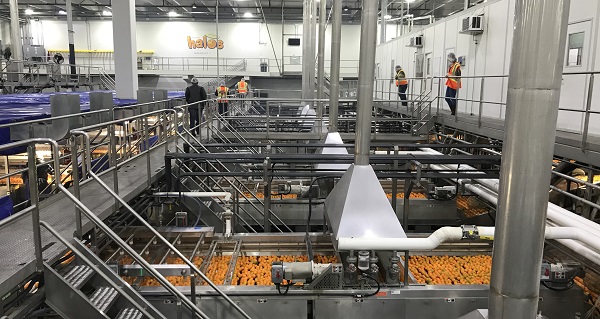 ArcAqua technology in use in the Halos packhouse in Delano, California (photos supplied by ArcAqua)

It’s also being used on other postharvest pack lines in South Africa such as stone fruit, mangoes and papayas and pomegranates.

Internationally there are installations in Israel and a number of South American countries where ArcAqua technology is applied to fresh produce such as avocados, citrus and melons. At the large Wonderful Citrus packing operation in California there are a significant number of ArcAqua installations, as do big lemon packers such as Ventura Pacific.

ArcAqua has partnered with Decco to assist with marketing and with the maintenance of equipment internationally and locally.

“It really hasn’t been a hard sell for us,” Crispin remarks.

Ozone in greater use in South African citrus than elsewhere
He estimates the current ozone usage in the South African citrus industry at 15% to 20% at the least. “Globally that number is significantly smaller, which presents great growth and expansion opportunities,” he says. 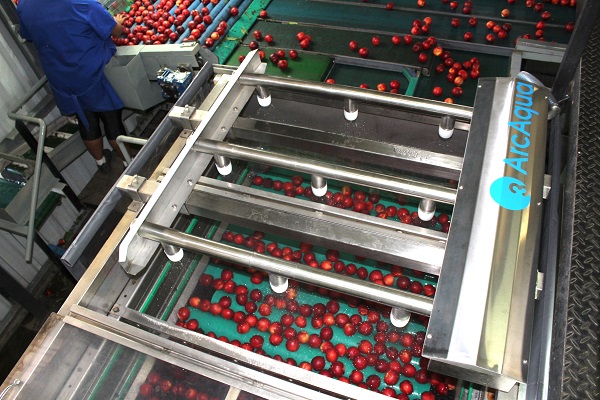 Nectarines treated with ozone in a packhouse in Ceres, Western Cape

Interestingly, he notes, big chlorine water baths are still more prevalent in the South African apple industry. “Our clients in Washington State however, pack their apples very similarly to the way we do citrus here, which indicates a further significant opportunity for ArcAqua to tap into and help the apple industry become more environmentally conscious.”

He continues that COVID-19 has affected their international sales. “We’ve been very busy in South Africa, particularly with existing clients, who have scaled the use of our systems in their facilities.”

ArcAqua has deployed these ozone sanitation systems in various other industries like fish, poultry and dairy with equal success.