NEW YORK — Prior to launching Serendipity Brands, a fast-growing line of super-premium ice cream pints, co-founders Sal Pesce and Martin Kelly spent 35 years developing and distributing ice cream brands. They worked with Unilever’s Talenti and Nestle’s Häagen-Dazs and Edy’s brands, among others, and helped get Ben & Jerry’s and Skinny Cow off the ground.

After more than three decades in the business, they decided to build a brand for themselves.

In 2018 the pair purchased Serendipity3, a New York City restaurant known for its over-the-top dessert menu, which features a $1,000 sundae and the internationally known Luxe Milkshake. With a cult following of celebrity fans (including Marilyn Monroe, Andy Warhol and Cher, to name a few), it is one of New York’s top tourist attractions.

“We’re not restaurant people, but we thought Serendipity would be an outstanding brand to take into retail,” Mr. Pesce said. “We looked at these iconic desserts and said, ‘Okay, we want to go into the super-premium segment and position ourselves as this new, exciting, youthful brand.’” 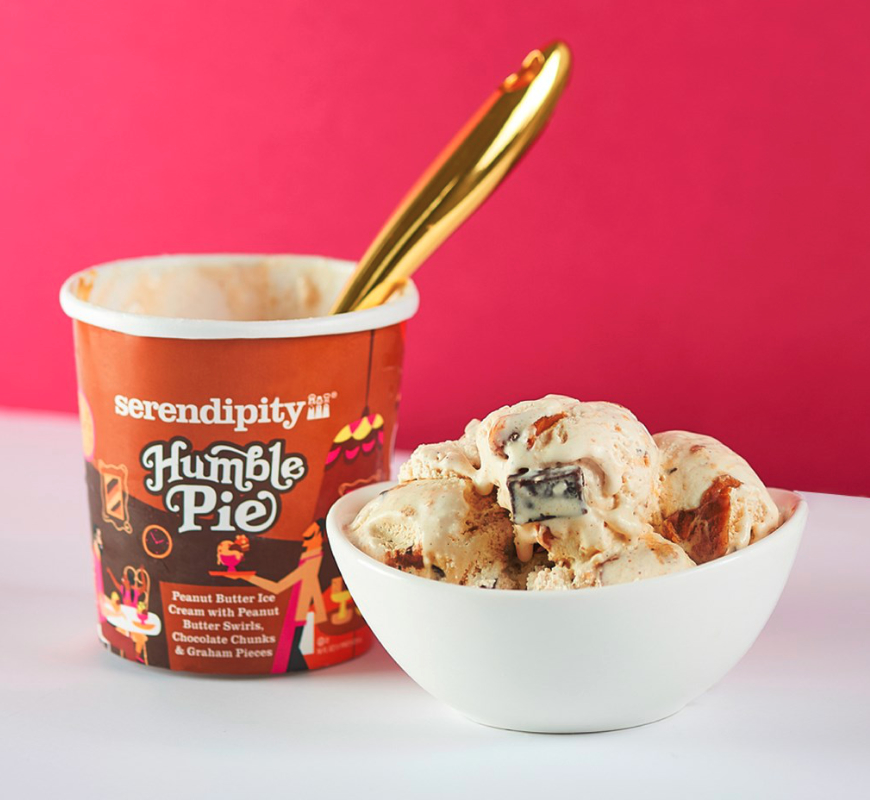 Their goal was to capture the Serendipity experience in a pint of ice cream, with an initial lineup that included four restaurant-inspired flavors: Humble Pie, Strawberry Fields, Outrageous Banana and Frozen Hot Chocolate. A fifth flavor, Birthday Cake, isn’t connected to the restaurant but was suggested by a retailer.

“Before we had a pint, we were working with 7-Eleven and they wanted the product, and CVS was the same” Mr. Pesce said. “Walgreens wanted us in their New York stores. Before we even had a product, we had authorization in over 27,000 stores.”

The restaurant brought name recognition, and Mr. Pesce and Mr. Kelly brought the expertise needed to compete in the crowded ice cream category. The key components were butterfat and overrun, or the amount of air pumped into an ice cream at manufacturing.

“Most of your premium ice creams are 10% to 12% butterfat and 100% overrun,” Mr. Pesce said. “That means if you melted it, half the container would be empty.”

Super-premium ice creams are about 30% overrun, making them denser and heavier, and around 16% butterfat. 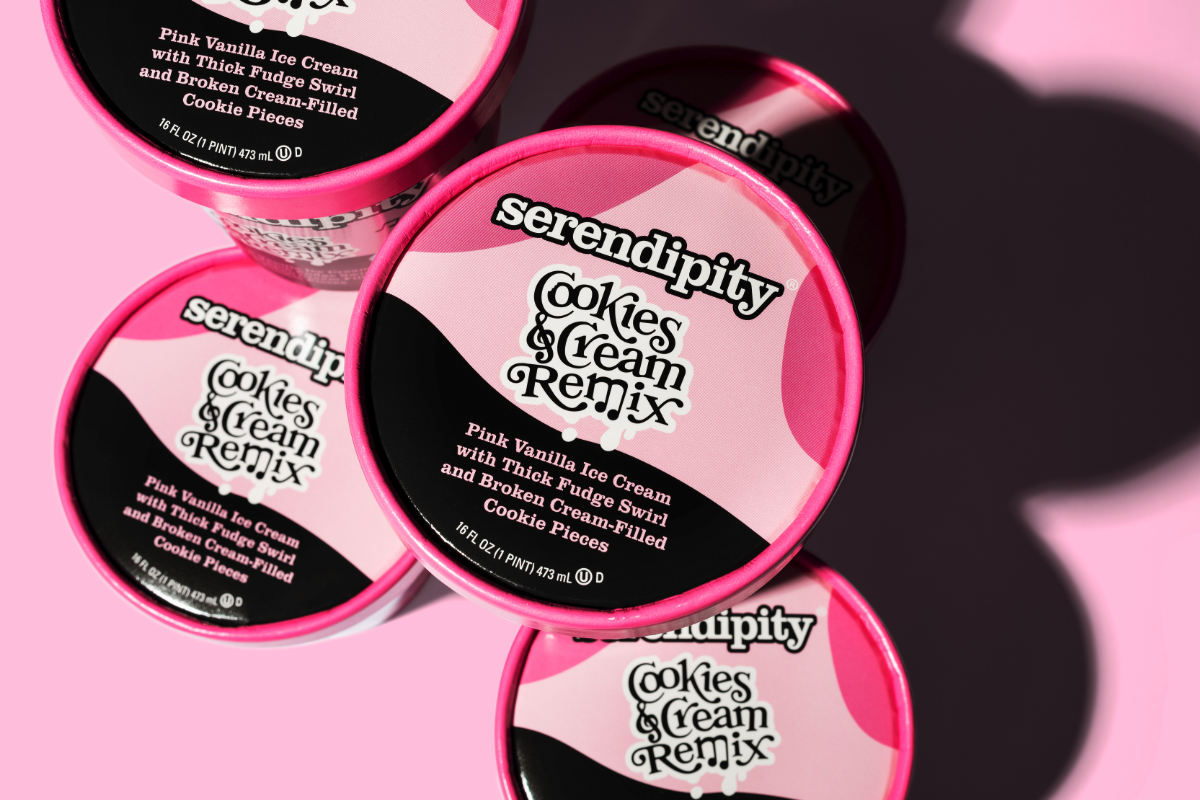 Its latest addition, Cookies and Cream Remix, launched in August in partnership with singer and actress Selena Gomez, who also became an owner and partner in the business.

“Growing up and loving the iconic Serendipity restaurant, I couldn’t be more excited to become a partner in their expanding brand,” Ms. Gomez said. “For the Cookies & Cream remix, I wanted to put my own personal spin on the classic flavor.”

The new pint features pink vanilla ice cream with a thick fudge swirl and cream-filled cookie pieces. Since announcing its partnership with Ms. Gomez, Serendipity Brands has seen more requests, both in the United States and internationally, Mr. Pesce said.

“That’s another magical tool for us to position ourselves as a major player within the super-premium category,” he said.

Serendipity is looking to popular culture to drive future growth, inking a deal with Warner Bros. to license movie and television titles. Next year will see the release of a Central Perk Coffee pint inspired by the sitcom “Friends” and a recurring seasonal flavor inspired by “A Christmas Story.” Also in the pipeline are limited edition flavors celebrating “The Goonies” and “Caddyshack.” Beyond that, Serendipity is planning to launch a line of novelty products in 2022.

“Super-premium novelties for adults as well as some creative novelties for pre-teens, that’s going to be our next level of brand extension,” Mr. Pesce said.

Serendipity expects larger CPG companies will pull the brakes on new product development as they shift to meet a pandemic-related surge in demand. Emerging brands may have an opportunity to fill the gap, but Mr. Pesce said that doesn’t mean they need to reinvent the wheel entirely.

“We’ve seen it over many, many years where brands come out and have — I don’t want to call it a gimmick — but they have a different point of reference,” he said. “They catch on fire and then decline very rapidly. There’s nothing here that’s going to make you live longer or make you lose weight, but when we get a consumer, that consumer sticks to us.”