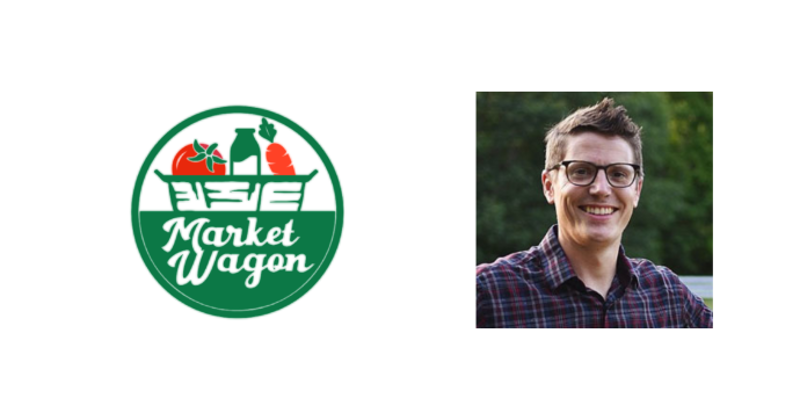 Indianapolis-based Market Wagon is on a tear in 2021.

The online farmers market, one of this year’s WGBRemarkable Independents, has added Charlotte, N.C.; Lexington, Ky.; and Green Bay, Wis., to its market base. It has expanded delivery service throughout Chicago’s collar counties. And last week, Market Wagon announced it had secured a $5 million investment from Chicago-based Hyde Park Venture Partners. That funding, the company said, will help further fuel Market Wagon’s robust expansion: Currently in 29 markets, the company aims to be delivering locally produced fruits and vegetables, meats, eggs, baked goods and more in 50 markets by the end of the year.

Winsight Grocery Business checked in with Market Wagon co-founder and CEO Nick Carter as part of our series of follow-ups with Remarkable Independents honorees to find out how their expectations for 2021 have aligned with (or differed from) reality and how a changing consumer environment is informing their decisions.

Christine LaFave Grace: It seems like Market Wagon’s year is unfolding as you had hoped back in November. How are things looking to you as we quickly approach midyear?

Nick Carter: As far as company growth, it’s been almost exactly as we predicted. We knew there would be some contraction after COVID—it created an unsustainable, unnatural new cohort of customers. Many of them weren’t biased to buying local; they just needed food. So we knew that some part of that would have some contraction, and we did as best as we could to estimate what that would look like. But then we also knew that, by and large, the shift in consumer habits was going to stick.

It’s not as though, after nine months or a year of lockdowns and stay-at-home and social distancing, that some government official would say something and everybody would go back to, quote, normal. So it was a paradigm shift for our company. We are today nine times larger than we were when the pandemic started. It’s mind-boggling.

We’ve now launched in 29 hubs. Our footprint stretches from Minneapolis to Atlanta, and everywhere we go, the demand is a latent demand for locally supplied food that is convenient and easy to get your hands on.

You have a software and tech background—how did you estimate the size of that unsustainable cohort, those customers who weren’t likely to stick around long term?

Basically what we did was we looked at the consumer habits of people who were coming in, the new customers we were acquiring and which ones of them seemed to match the same patterns of a normal customer that we would expect to acquire. In other words, they experimented, they bought lots of things, they enjoyed exploring local goods, and what percentage of them were just “eggs and milk, and just send me that for right now.”

So that helped us see what sliver of the cohort was not really here for what we’re here for. And we’re happy to be able to supply food to a broken supply chain, but we knew they weren’t going to stay. Because they didn’t care where it was coming from. That turned out to be about 20% of the customers that came through.

Have you observed regional differences in consumer behavior or interests as you expand to new markets?

Yes, but we haven’t figured out why.

That’s the most embarrassing admission, but we’re looking at some of these markets—some of them behave very differently, and we’re trying to figure out the root cause and why, and what we need to do and change or whether we just don’t fit there, but that’s a new revelation and a work in progress. We know it has to do basically just with size of market—huge cities like a Chicago, they just behave very differently in terms of market dynamics. The supply is further removed from the consumers, so the farmers markets that already exist, the farmers are driving two hours in instead of 45 minutes. In Indianapolis—I’m standing on the edge of Indianapolis right now, and there are farms literally within a mile’s radius. That’s not true in Naperville (an affluent Chicago suburb). So, it’s different, and we’re learning and adapting to that.

Can you share any of the markets you’re headed to next?

We continue to expand out basically like ripples on a pond. Where we dropped the rock was in Indy. Our next ripples are going to reach us out to Eastern Pennsylvania, into Virginia and the D.C. area, upstate New York. And we’re starting to cross the Mississippi—we’re headed to Des Moines, Topeka.

One of the things that stuck with me when we last talked was Market Wagon’s emphasis on cultivating conversations between producers and consumers—you want farmers to be in contact with customers directly. How is that going; how has that continued to evolve as the company expands?

I think it’s a huge strength to the consumer. I think it creates a very unique and unreproducible experience when you ask a question on an e-commerce site and the person answering grew the carrot or raised the beef. Fifty-three percent of all customer interactions that take place on our website—and there’s a lot, we’re now serving around 60,000 customers—53% are fielded directly by the producers. The producers are engaged; they like having that direct connection with their customers, and it really validates the value of what our customers are getting on the marketplace.

There’s something else that I’m excited to be able to tell you; this just released yesterday: We went lateral as well. We’ve always had the connectivity between producer and consumer; now we’ve added shopping with friends on Market Wagon. So you can create a friends network; you can share and comment on products, because local food is a discovery process. You’re exploring local vendors; you’re trying something new—that’s part of the fun of it. Now we allow our consumers to do that in a community and build a community with other people.