A new scheme is helping Pakistan’s farmers through drought 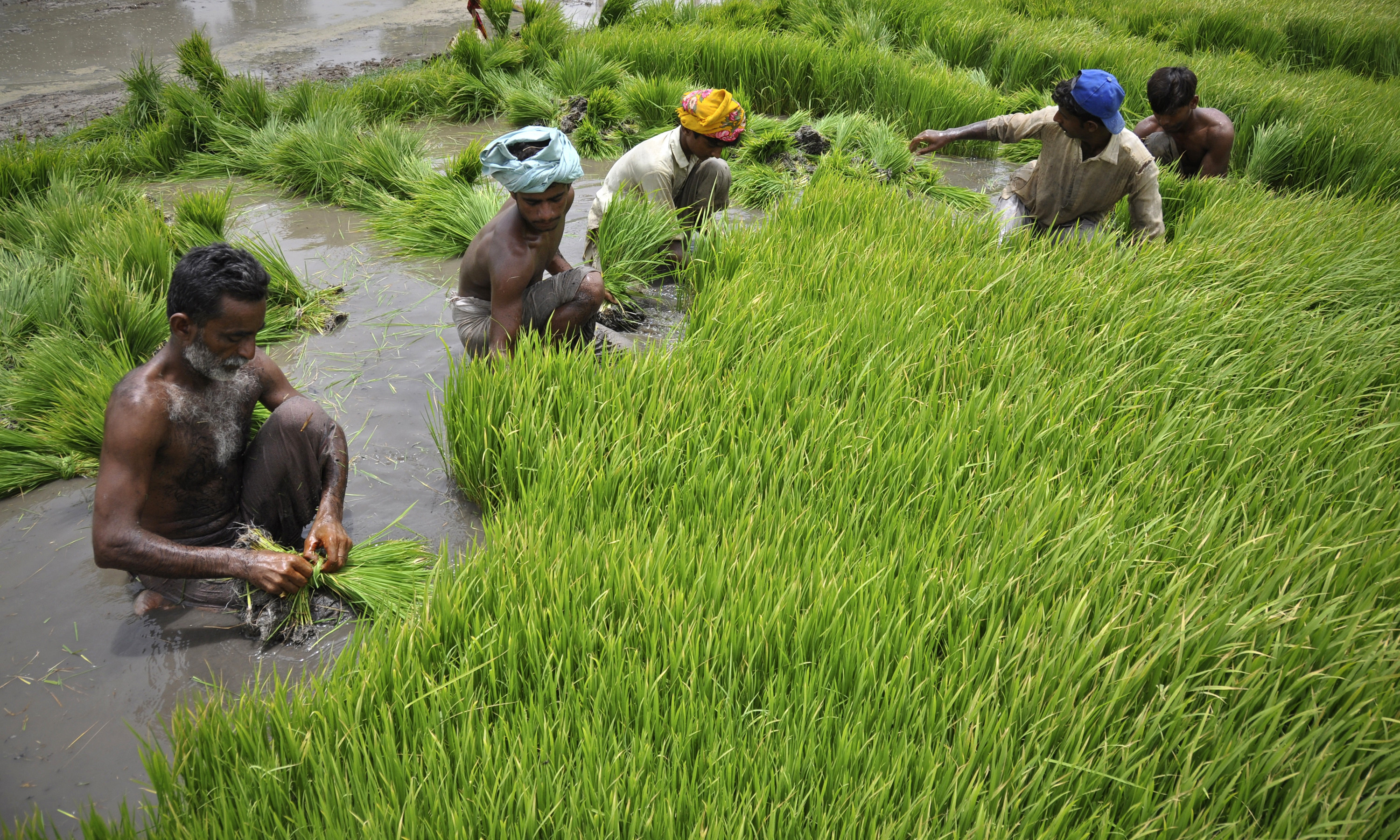 For years, Nangji Mal struggled to scrape together a living growing pulses and pearl millet on his farm in Nagarparkar, a desert area in Pakistan’s southeastern Sindh province.

But these days his land is lush and fertile, after the government constructed new water-harvesting dams nearby.

Using irrigation water from one of the small dams, Mal is growing onions, wheat and other crops on his 40-acre (16-ha) plot and says he has seen his income increase more than 60%.

“It had never occurred to me that I might be able, in my lifetime, to earn a handsome amount from my fields, but this reservoir has made it all possible,” Mal, 59, told the Thomson Reuters Foundation.

Pakistan, a nation of about 220 million people, faces increasing water scarcity driven by worsening climate-related drought and an agriculture industry that is pushing itself to meet the demands of a growing population, say water experts.

Less than 20% of the water the country’s farmers use for irrigation is captured rainwater, with most coming from ground and surface water, according to a paper published in 2020 by a group of agricultural and environmental researchers.

The Sindh provincial government hopes the new rainwater harvesting dams will not only provide farmers with a reliable water supply but also help recharge groundwater levels, as some of the water from the dams sinks into the earth, said Murtaza Wahab, environment adviser to the chief minister of Sindh.

Since construction started six years ago, the provincial government has built 60 small rainwater-fed dams – each with an average storage capacity of 100,000 gallons – in the remote drought-hit areas of Nagarparkar and Kohistan, Wahab added.

The plan is to build at least 23 more in the next two or three years, he said.

Wahab noted that because those areas have such scattered populations, there are no reliable figures on how many people are benefiting from the new dams.

Mal said the dam in his area has transformed his farm, as he can now use water from it year-round to irrigate his crops.

In Tharparkar, the district where Mal’s farm is located, the average annual rainfall can be as low as 9mm (0.35 inches) and the area frequently experiences drought, according to international charity WaterAid.

“(Before) my farming was on a very small scale, really not enough to meet my expenses, as it was all dependent on only rainwater throughout the year,” the farmer said.

The State Bank of Pakistan noted in its annual report for 2016-17 that the country’s water supply was both limited and erratic, while demand was rising rapidly due to a growing population and increasing urbanisation.

“The resulting imbalance is pushing the country towards severe water shortage,” the report stated.

According to its latest economic survey, Pakistan had about 94 million acre feet of surface water available for agriculture during the financial year 2019-20 – a nearly 10% shortfall compared to how much the sector uses on average every year.

Wahab, the government adviser, said the small dams had been a boon to the farmers using them, noting that last year Nagarparkar’s onion farmers reported a total yield worth 600 million rupees ($3.75 million), a record for Sindh province.

“The dams have a long-term benefit for the local population, because when abundant water is available in these water-scarce areas, people will bring more barren land under cultivation and the number of their livestock will start increasing,” he said.

Besides the Sindh government’s project, the federal government has also allocated 20.4 billion rupees to build more than 500 small dams across the country, said Ghazala Channar, deputy chief of water resources in the Ministry of Planning.

The new reservoirs will help mitigate floods, ease poverty and develop agriculture, as well as increasing the water table and providing clean drinking water, she added.

“Access to more water will boost the agricultural economy … and thus provide more jobs to people, not only in the sector but also in all areas that are directly or indirectly linked with farming,” she told the Thomson Reuters Foundation.

Water experts warn, however, that small dams are not a silver bullet for arid parts of the country.

The rainwater caught by the dams is not much use in topping up the water table in areas like Sindh, where 80% of the underground water supply is saline, he explained.

Instead, Mustafa said, the provincial and federal governments should stop subsidising the electricity commercial farms use to run large tube-wells, which are a major cause of depleting underground water levels.

The authorities also need to help farmers adapt to the water supply they have now, he said, adding that those in drought-prone areas should learn to grow less thirsty crops.

The cultivation of rice and sugarcane, which need more water, should be discouraged in Sindh, he added.

Mal agreed that he and the thousands of other farmers in his area who use the small dams still need to be careful with how much water they use.

Yet despite criticisms of the project, finally having a reliable water source has changed his life, he said.

“I am no more an unlucky person, because I’m earning enough from my fields to make ends meet,” he said.