The Kentucky-based AppHarvest company has built over 3 million ft2 of indoor agricultural space to hydroponically grow non-GMO, pesticide-free produce using 90% less water than open-field agriculture. At the same time, the company claims to be producing yields up to thirty times that of traditional agriculture on the same amount of land, with zero agricultural runoff.

AppHarvest has issued a statement saying the data the robots can collect as they harvest will be truly be a game-changer. Root AI’s technology -called ‘Virgo’-  can help evaluate crop health, precisely predict yield and optimize overall operations at its controlled environment agriculture (CEA) facility. 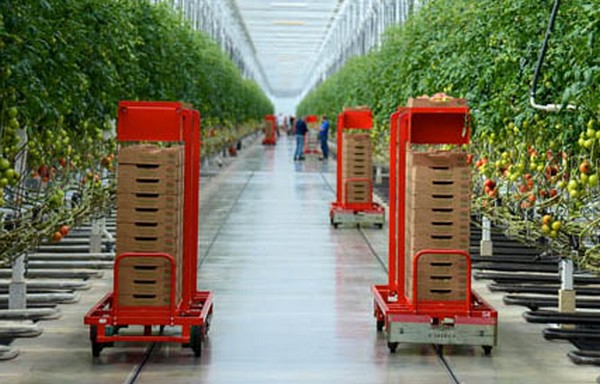 AppHarvest released its first harvest of indoor-grown tomatoes​ ​in January 2021 to regional retailers including Walmart and Kroger. With the addition of Root AI’s Virgo robot, the company has the potential to unlock data efficiencies needed to sustainably grow even more cultivars of vegetables, as Virgo can be configured to identify and harvest multiple crops of varying sizes including tomatoes, peppers, cucumbers, and more delicate fruits such as strawberries.