With Mexico wrapping up its key asparagus growing region while foodservice outlets are opening back up in the U.S., the market on asparagus is in a state of change.

James Paul of Greg Paul Produce Sales Inc. in Stockton, CA notes that Caborca, Mexico, the main producing region of asparagus for the past two months, is finishing its production though other Mexican regions are picking up production. “Mexico is basically year-round now for asparagus. It just depends on the region–right now production is in Baja California, Obregón, San Luis and very soon Central Mexico will also get started,” says Paul. 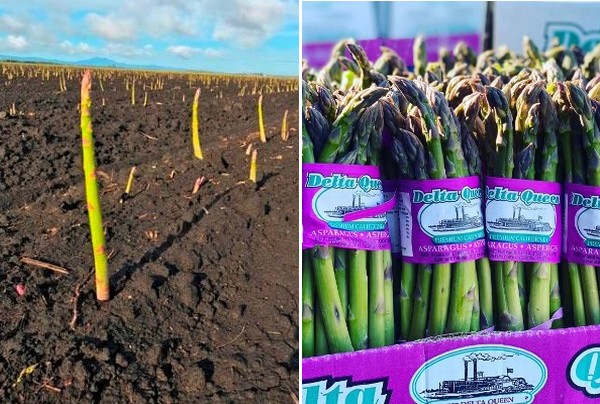 At the same time, domestic production is going out of California as well as some volume out of Washington. “I’ve heard Michigan and New Jersey are around the corner so local programs are getting started,” says Paul. “But it’s not nearly the same volumes that we’ve been seeing imported into the country over the past two months.” He adds that in California particularly, there continues to be a decrease in acreage on asparagus.

Solid demand on asparagus
As for demand, 2021 has seen good demand so far. “The country has been using an awful lot of asparagus over the past couple of months. It’s worked its way onto a lot of plates that may not have had it in the past,” he says. “The foodservice industry is starting to come back and high-quality asparagus is something they’re looking for.”

He adds the past few months retailers have had a strong focus on asparagus given the strong profit margins they were able to maintain. “It’s a very positive outlook overall on demand for the next few months. I think retailers will continue to see the momentum they’ve established here in the COVID-19 era, even though a lot of people have been forced into being much more efficient with their wallets when it comes to feeding their families. That impact will continue to have residual effects,” says Paul. Looking ahead, the foodservice industry’s reopening is likely to reclaim some business back from retailers, but not enough to impact retailers significantly.

As for pricing, those significant volumes have led to what Paul says is historic low pricing on asparagus in the U.S. “Pricing is increasing and getting back to normal levels because of the decrease of Caborca supplies. It’s getting back to a normal level of imports. That’s combined with higher prices that are necessary for domestic producers to survive,” he says. “If we continually rely on imports because of their price differences during the time frames when there’s local availability, then we price our local farmers out and put ourselves into a position where our hands are tied and we have to use foreign products with no control over the pricing structure.”