As the vegetable industry looks to renew its Strategic Investment Plan (SIP), Australia’s peak horticulture research and development body says it is pleasing to see that the majority of outcomes from the existing plan had been achieved.

In 2021, Hort Innovation is engaging with vegetable growers and industry stakeholders to develop a refreshed SIP for the vegetable industry that will span from 2022-2026. The plan will lay the foundation for decision making in levy investments, representing a balanced view of stakeholders from within the industry, helping to prioritise and implement relevant R&D, marketing and export needs over the next five years.’ 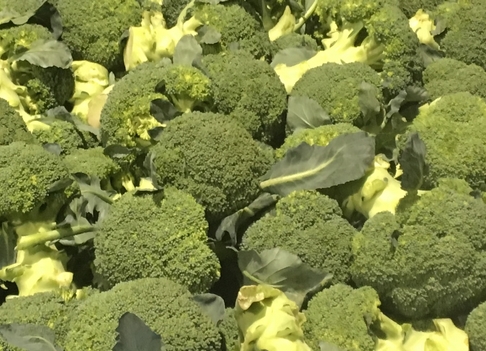 Head of Data & Insights, Adam Briggs says the existing plan has been active since July 2016 so moving forward it is important to realise what the industry has achieved and if there are any potential gaps.

“Over the last five years, we have actually spent over $80million of R&D levy funds against this plan,” he said. “So, it has been a significant investment. It is important to understand what that investment means using the SIP. The way that the plan is set up is that we have five outcomes and a number of strategies that guide investment. Through taking into consideration these strategies, it gives us a point in time perspective of performance and lets us look forward. Breaking it down overall, we can see the dominant investment area concerns productivity, where 35 per cent of the investment has been spent. This is followed by capability, which is concerned with the ability of the industry to adopt and uptake the relevant R&D that has been happening.” 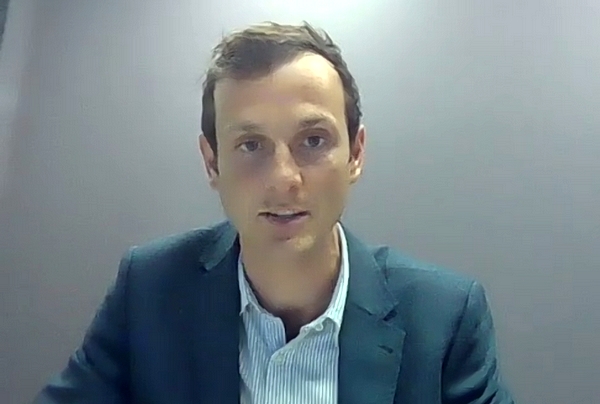 He added that there were a number of Key Performance Indicators (KPIs) to determine whether it was successful, and it is graded into three categories, achieved, in progress, or not achieved. One of the important outcomes, according to Mr Briggs is ‘Domestic Demand’, which included a number of key initiatives.

“This is concerned with increasing the demand and value of the vegetable industry,” he said. “There are six strategies to drive that outcome area; consumer insights, value-adding, stakeholder education, food service, product differentiation and food safety. There were 14 KPIs in this outcome and it was good to see most were achieved, or still in progress. One of the major investments has been the Harvest to Home consumer insights platform; that has shifted the dial to unlock a range of insights to growers to what makes consumers tick and how they can align their products to meet the demand of the consumer. We think this area of Domestic Demand is critical because if we don’t increase it, we are not going to get higher returns. We can grow as much as we want but unless the demand is there, there will be little to gain from it.”

Another outcome from the SIP is ‘Exports’, and Mr Briggs says that around 13 per cent of funds were invested in this area. In 2018/19 around seven per cent of leviable vegetables produced in Australia were exported, and while he admitted that was still small, it is growing at a significant rate, so it is an important area for the industry to continue to develop.

“There have been some limitations in the investment, particularly around regional export development and also eCommerce platforms,” Mr Briggs said. “On the whole, the vegetable export programs have been achieving some great outcomes for the industry. Particularly, a mid-term review in 2018 found that there was direct attribution of $20million of export revenue linked back to this program. So that is a huge win for the industry. We are also seeing more vegetable farms exporting produce; in 2016 only two per cent were exporting and over the past few years that has ticked up to three per cent. However, one of the perceived barriers to exporting from a growers’ perspective was that it was too hard and too time-consuming – so that’s a focus area going forward. But broadly, the industry is on track to achieve the 40 per cent growth target that was set.” 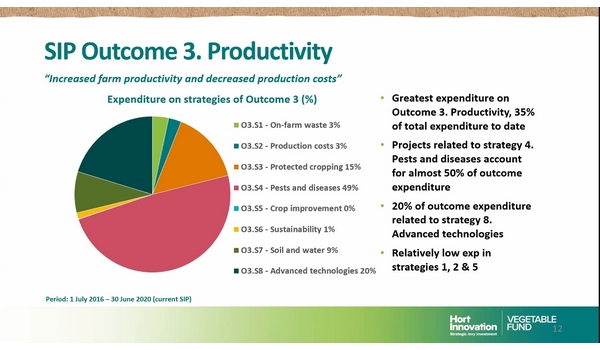 The third outcome area was ‘Productivity’, and this has been the most significant area of investment in the current plan, particularly in pests and diseases, as well as advanced technologies. Mr Briggs says there was 21 KPIs, with a fair proportion either achieved or in progress.

“The nature of these strategic areas is something that is continually in progress,” he said. “So, when we look at the evidence that we have collected, we are taking that point in time perspective and going to be interpreting that in terms of extending it out over the next five years. Some examples of strategies include the reduction of farm waste practices, the development of cultivars and environmental practices. We can’t just give them a green light and say they’re achieved (because it’s ongoing). Grower engagement is critical here, and we should build on existing success; we have a lot of legacy in soil wealth and integrated pest and disease management (IPDM), so we don’t want to have to start again.”

There was less investment in the fourth outcome “Supply Chain”, according to Mr Briggs, who noted that it just came down to prioritisation at the time, with other outcomes deemed more important at this stage. Only six KPIs were listed, but he says progress has been made particularly in integration and post-harvest best practice initiative, and a pilot around wholesale market price reporting. But he admits there has not been any investment around product quality and how it relates to supply chain.”

The fifth and final outcome was “Capability”, which focused on improving engagement and ability of growers to take on all of the R&D and actually make a difference to the farm. Mr Briggs says this area is an enabler for industry and underpins everything else in the SIP. 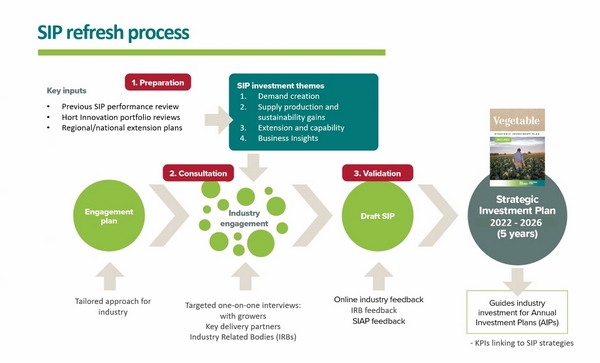 “We have seen a significant amount of investment in communication because if growers are not aware of what is happening then they have no chance of adopting anything,” Mr Briggs said. “We have seen that out of all of the growers that have directly interacted with the communications outputs, 43 per cent have made some change or implementation on their farms. There has also been activity going on around innovation support, professional development, farm management and new talent as well. There were 13 KPIs with the majority achieved and just two in progress.”

The SIP renewal process will take place with the help of Inovact Consulting, and will be done in three steps; preparation, consultation and validation. The preparation phase is almost complete, with the engagement taking place until July, with the final Strategic Investment Plan for 2022-2026 is expected to be available in August.