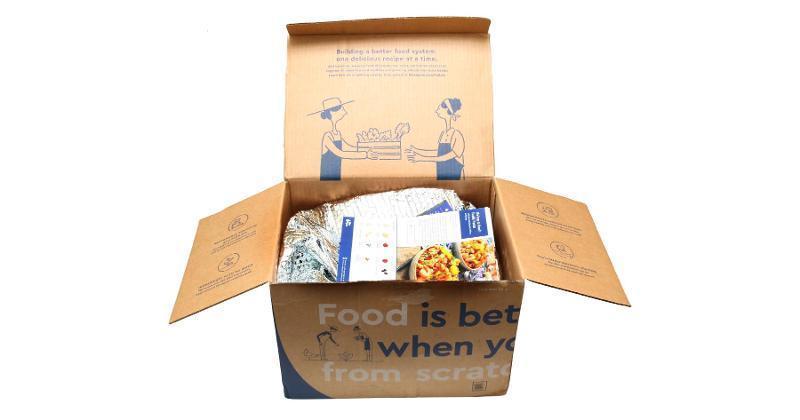 Blue Apron Holdings CEO Linda Findley Kozlowski took time during a presentation for investors and analysts of the progress made in the two years since arriving at the pioneering but long scuffling meal-kit pioneer Blue Apron Holdings.

“Looking at Blue Apron today compared to April 2019, many things about our business and our operational practices have evolved,” she said, according to a Sentieo transcript. “We continue to leverage our strong brand equity and the unique ingredients and flavors we offer to retain and attract high-quality customers. Affinity for the Blue Apron brand is the foundation on which we are building and launching our new products and operating efficiency initiatives, resulting in this runway of consistent improvement.”

Further progress is still required, however, as the company—even with a stronger foundation, improved efficiency and a fewer but better customers than it one had—begins lapping a heavy influx of demand that came with the pandemic last year and still seeks a profit.

Sales in Blue Apron’s fiscal first quarter, which ended March 31, increased by 27% to $129.7 million, driven by 15,000 more shoppers than the same period a year ago. Revenue on a per-customer basis improved by 22% as they ordered more frequently (a 15% improvement) and spent more per order—$62, or a 7% increase—than they did last year. The customer metrics are well ahead of where they were in 2019, Koslowski said, citing more flexible and customizable plans, while the company remains focused on “return-focused” acquisition tactics.

“While we continue to see some benefit to demand from the pandemic, we are also seeing sustained levels of heightened customer value, even as more people are being vaccinated and travel levels increased,” she said.

The total revenue, a quarterly net loss of $15.7 million and a $6.1 million loss in adjusted EBITDA of $6.1 million, were all in range of company guidance.

Koslowski said the company has once again closed a Texas preparation facility that was closed in a cost-saving last year, then temporarily reopened as volumes increased and capacity issues arose late last year.