Plants need a healthy environment in which to grow. Soil fungi can be harmful to plants, as they may restrict proper root development and nutrient uptake. Growers make great efforts to protect young plants against these pathogens.

Gadot Agro from Israel has developed a new formulation called Root-Pro™, which contains two specially selected and tested Trichoderma harzianum variants. It’s a well-known fact that these fungi benefit plant growth. Until now, however, attempts to use Trichoderma harzianum in agriculture, especially through irrigation, have proven difficult. 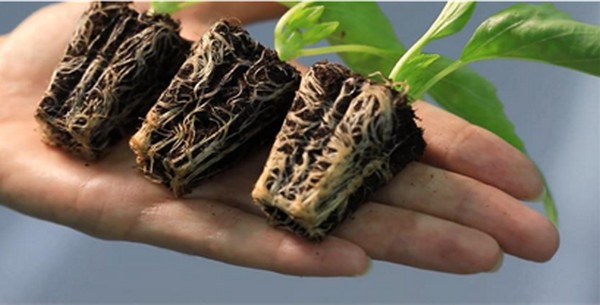 The Trichoderma variants in Root-Pro are symbiotic: They multiply and develop together with the young root system. At the same time, they compete with the various fungi in the soil, protecting and keeping the rhizosphere free of these pathogenic fungi. The Trichoderma in RootPro™ also greatly enhance the plant’s ability to absorb nutrients from the soil.

Mixing Root-Pro™ into the crops’ growing substrate will help the root system of seedlings develop significantly better, which helps keep plants robust when they’re replanted. Plants treated with Root-Pro™ have a significant advantage because they are more resistant to soil-borne fungi and abiotic stress. This can be observed in the field or greenhouse later on, over the plant’s entire lifespan. Growers may safely use most products to treat other types of pathogens in plants that have been treated with RootPro™.