California supplies of black and green kale are currently steady.

“Our quality is great out there and we’re excited to start our new crops as everything is opening up again. We’re hoping the volumes and demand follow suit as well,” says John Paul (JP) Oliver of Pacific Fresh Produce Inc. based in Oxnard, CA.

Currently, with all of its growing coming out of California, Pacific Fresh’s supplies are coming from Ventura County. Along with this region, there’s also competing product transitioning from Yuma, AZ to Northern California.

As a product, Oliver sees kale now as a staple item for consumers. “It’s something you go to the grocery store for and it’s no longer that foreign item on the shelf. It’s on restaurant menus and not just the restaurant salad bars. Ten years ago, hardly anyone knew what to do with green kale. They merely saw it as a garnish,” he says, noting that following green kale’s popularity was Lacinato kale. 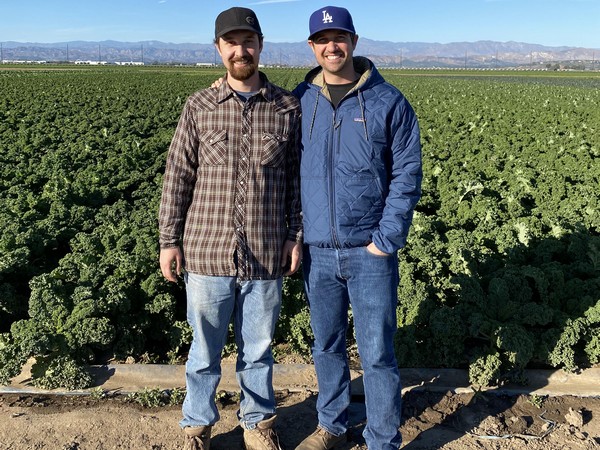 A new normal
Oliver says it’s hard though to determine kale movement compared to this time last year. “It was the start of COVID-19 and everything came to a screeching halt,” he says. “But now there’s a brand new type of buying going on. We’re finally seeing a new normal and we’re excited to see what the new buying patterns bring as more restaurant doors open for indoor dining.”

That said, there’s currently still an overabundance of product making for slow movement. “When last summer came around, we saw a lot more activity and more people going out to restaurants. As soon as winter came and the doors were closed again, the movement of volume also decreased,” he says. “Things are now turning around for the better and we’re seeing the light at the end of the tunnel.”

All of this has left pricing steady as it has been throughout the season. “We haven’t had any extreme weather events. We didn’t see any huge effects from the Texas freeze as we had originally speculated. I believe things from here on out will stay steady,” he says. “The Salinas shippers are just barely starting to dip into their own plantings up north, so if we’re going to see anything, there may be a bit of activity during this transition. I don’t think we’re going to have a huge transition market.”