Queues for up to 2 hours, people driving up to six hours to buy tomatoes. That’s what happened this week at the Ontario greenhouse company Platinum Produce. For only 5 CAD per flat, they sold over 21 skids of surplus tomatoes on their curbside. A great success, but more is going on there. “The costs of operating a greenhouse have gone through the roof. We need the support of our community.” 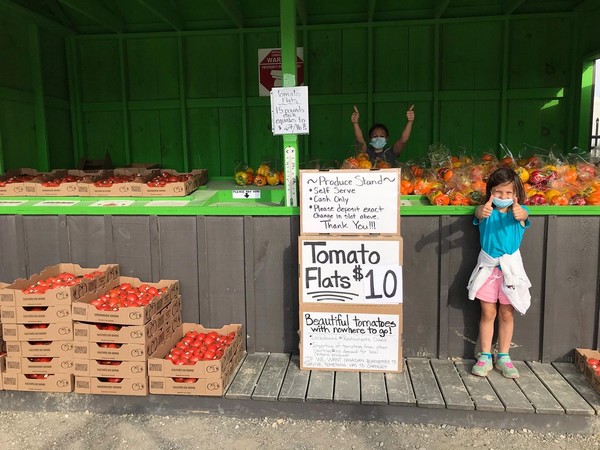 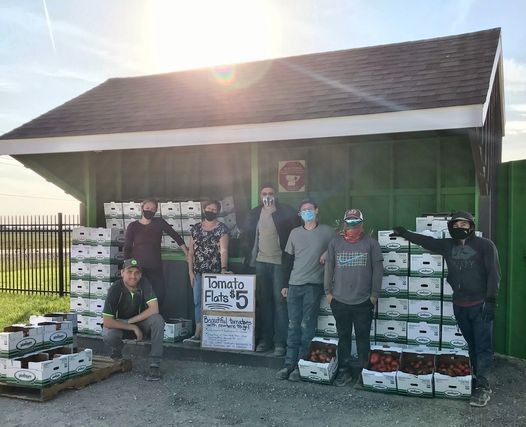 Within a week, the team with Platinum Produce sold 21 skids of tomatoes, each containing 80 flats. People from across Southwestern Ontario have been driving for hours to their stand to buy the tomatoes. It’s the result of a Facebook post by Bonnie Verbeek with Platinum Produce. Since the greenhouse growers could not move all their products, they were forced to throw it away. Hesitant to do so, she decided to post it online and organize a tomato sale: for only 5, 10 per flat, consumers could buy fresh, locally grown greenhouse beefsteak tomatoes at their roadside stand.

“My hope was to sell maybe 1 or 2 skids and I would have been happy to not put those to the garbage,” says Bonnie. “The sale would have helped us to cover some of the costs associated with growing them but would by no means make us any profit.”

Up until now, they’ve sold over 21. “The first day we hoped to move 15 skids at 80 flats per skid. We ran out of them and eventually sold approximately 21 skids – we continued to take a loss on them as people waited that long in line and drove that far that we couldn’t say no. The next day we sold them at $10. Tuesday was a steal, yesterday was an incredible deal,” she laughs, adding that people bought them to hand them out to the poor and the elderly. “They took them to their local neighborhoods and communities. That’s what we never had envisioned, and could only have dreamed to come out with.” 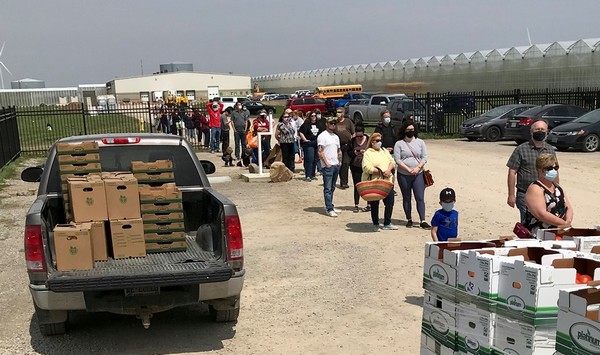 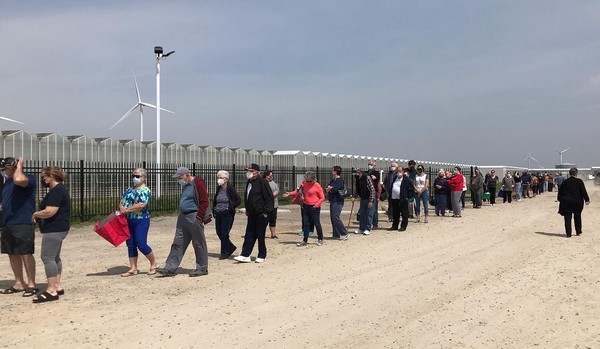 Although the sale was a success and the support has been overwhelming, there’s a more serious story behind this. “All of our local greenhouses are in full swing/production and yet grocery stores are selling, for example, tomatoes from Mexico,” she explains. “I have nothing against greenhouses in Mexico, Just like we are, they are running their businesses. But it touches a nerve since we are in a difficult situation. The costs for operating a greenhouse here have gone through the roof. Businesses in Ontario are working incredibly hard this year due to all of the constraints of the pandemic. Add in the new carbon tax, increased minimum-wage, insurance, increased Hydro and natural gas bills, and the costs to operate a business are overwhelming,” she says.

Then there’s the restaurants being shut down, only open for take-out. “Meaning there are fewer salads being sold since you order that mainly as a side when you eat in. Restaurants are ordering less since they are afraid to sit on it and let it spoil.”

“Plain and simple, we cannot compete with the prices of produce from Mexico. It’s impossible to operate on a level playing field when there’s no way it could be level. We’re the ones supporting your local sports team, hiring the local people, and contributing to the local economy. As a community, we need to be taking care of our own businesses before looking at others.”

With this viral sale, Bonnie is reaching out to consumers and grocery stores. “It’s also the frustration of many consumers that showed up at our roadside – they can’t buy it at our local grocery stores. And on top of that, when I walk into those stores, even those that advertise selling “Product of Canada” tomatoes, there’s often stickers on the tomatoes saying ‘Product of Mexico.”

It’s called false advertising and it is a smack in the face to every grower in Canada who has to abide by the strictest quality standards in North America,” she says, adding that the amount of greenhouses in ON is astounding. “Still we cannot get our own product in our own stores.” 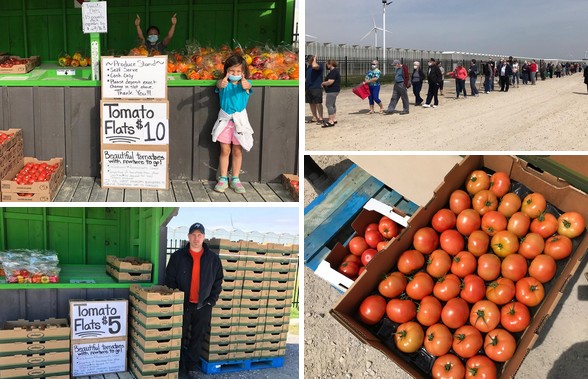 While offering them very cheap tomatoes, the team with Platinum Produce also asks their clients to urge the grocery stores and even our politicians to once again make Ontario greenhouse farmers a priority. “We need to take care of our own right now more than ever.”