City News: M&S exits torrid year with hopes the worst is behind it | News 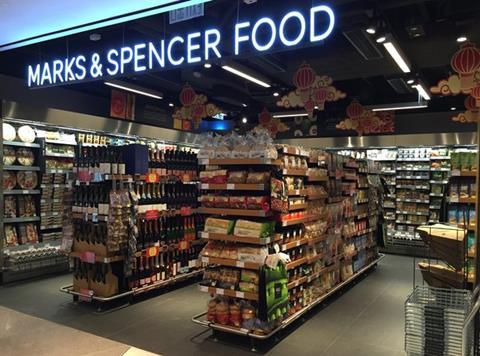 M&S exited a torrid year with some positive momentum this week, triggering hopes in the City that the beleaguered retailer may be finally leaving the worst behind it.

M&S’s annual results released on Tuesday did not make pretty reading overall. The high street stalwart plunged to a pre-tax loss of £209.4m in the 53 weeks to 3 April, compared with an already skeletal profit of £67.2m in the previous year, as coronavirus wrought havoc on its non-food sales.

Even its growing food division was hampered more than its supermarket rivals as a result of its locations on the high street, shopping centres and travel locations, while sales from its Ocado jv are excluded from its own accounts. Therefore, like-for-like revenues for food rose a modest 1.3% (but by 6.9% on an underlying level when excluding the hospitality and franchise business). Total food revenues for the year were down 0.6% to £6bn, while operating profits fell 9.8% to £213.6m.

Despite posting its first loss in its 94-year history, M&S shares jumped 8.5% on Wednesday to a new post-Covid closing high of 169.2p.

Investors were buoyed by an improved Q4 performance despite the continued lockdown, with clothing and home sales down by just 15.5% – a marked improvement on the first lockdown.

M&S also said that since year end, sales growth in the first six weeks to mid-May is running ahead of both pre-pandemic levels and its own expectations.

Furthermore, pre-tax profit guidance of between £300m to £350m for the full year was higher than existing market assumptions and reassured those concerned M&S’s transformation plans would necessitate a hike in costs.

“A shift to ‘investing for growth’ does not appear to come with nasty surprises on the capex front,” noted Liberum. “We expect the pent-up benefit to clothing and home demand to slow down in the weeks ahead. But sales should build up strongly in food as more workplaces fully reopen for business in the months to come.”

Shore Capital suggested the shares could be “primed for a strong upward run”, noting its “stronger balance sheet, encouraging current trade and building cashflows, which could mean dividends in the foreseeable future”.