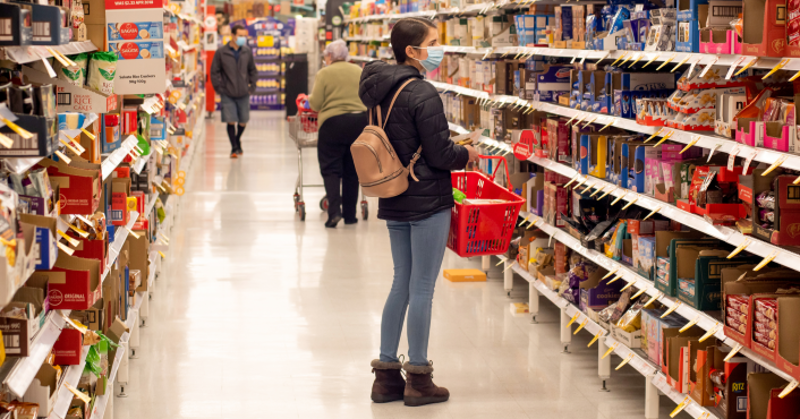 U.S. consumer confidence edged down slightly in April after a rebound in March, according to the not-for-profit Conference Board, as rising interest rates dimmed some spending plans and consumers’ concerns about inflation remained elevated.

The Conference Board’s Consumer Confidence Index now stands at 107.3, down from 107.6 in March (with a 1985 baseline of 100), the New York-based think tank reported April 26. That small decrease was driven by a dip in consumers’ assessment of current business and labor-market conditions; their outlook for six months hence, while still trending below 100, improved slightly—to 77.2 from 76.7.

The fact that consumers’ short-term outlook didn’t decline further in April is notable, suggested Lynn Franco, The Conference Board’s senior director of economic indicators. “Expectations, while still weak, did not deteriorate further amid high prices, especially at the gas pump, and the war in Ukraine,” Franco said in a statement. And while consumers cooled their heels on vacation planning somewhat in April, more consumers than in March said they’re planning purchases of big-ticket items such as vehicles and appliances in the next six months.

Americans moved toward both sides of the economic-analysis spectrum in April: Relative to March, a larger share of consumers this month described current business conditions as “good” (20.8%, up from 19.6%), but a larger share than in March also called conditions “bad” (21.9% vs. 21.4%).

Consumers’ view of the current labor market dimmed slightly, too, with 55.2% of U.S. consumers in April saying jobs are plentiful, down from 56.7%. Consumers also were more likely to expect job availability to decrease rather than increase in the next six months.

“Concerns about inflation retreated from an all-time high in March but remained elevated,” Franco said. “Looking ahead, inflation and the war in Ukraine will continue to pose downside risks to confidence and may further curb consumer spending this year.”

Another reading of U.S. consumers’ economic attitudes, the University of Michigan’s final Index of Consumer Sentiment for April, is slated to be released April 29. That index showed signs of improvement earlier this month, but 2022 readings remain at the lowest levels in a decade, according to survey chief economist Richard Curtin.