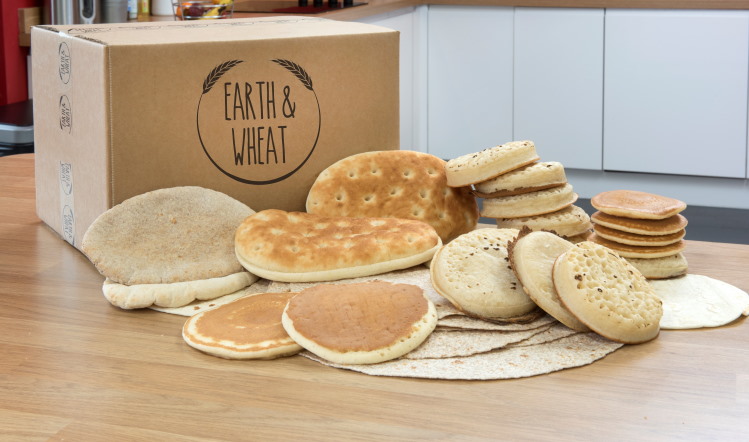 Founded by James Eid, the service offers a weekly or bi-weekly subscription service redistributing surplus bread and baked products that would have been unfit for sale due to being an odd shape or not meeting retailer requirements.

Working with his family’s business Signature Flatbreads, Eid planned to rescue ‘wonky bread’ from his own family’s bakeries and then link up with independent bakeries around the UK to fight food waste.

“Our wonky breads may look unattractive, but they will probably taste fresher than the bread at the shops because it is shipped directly from UK bakeries,” ​said Eid. “Each bread box contains a random and mixed variety suitable for breakfast, lunch, dinner and snacks.​

“On the day of the box’s arrival, the fresh bread can be frozen for many months, to lock in freshness and help fight food waste. We want to build a sustainable future for the next generation. It’s wonky bread without wonky practices.”​

Eid has also pledged that for every box ordered, the equivalent of a meal’s worth of bread – 450 grams – will be donated to food charities to fight food poverty in the UK, with over 3,000 sent so far.

“The number of people in need of emergency food parcels hit new levels during the pandemic last year as thousands of individuals either lost their jobs or had their incomes cut,” ​he added.

“Our mission at Earth & Wheat is to reduce food waste and help our planet but also do everything we can to end food poverty.”​

The firm exited the BBC TV ​​show seven years ago without investment. It offers direct-to-consumer deals for food that would have gone to waste otherwise from food manufacturers, wholesalers and distributors.