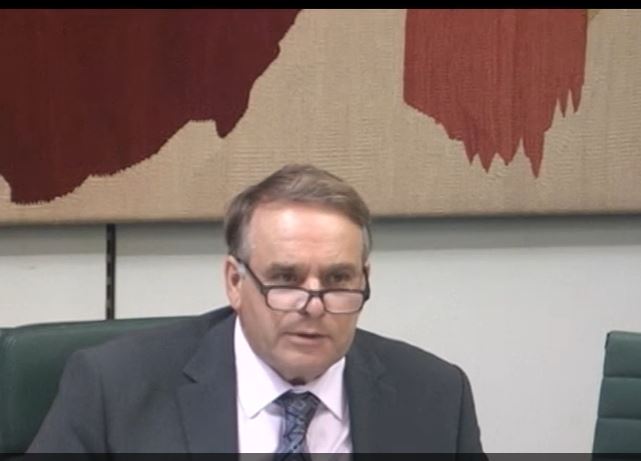 Foster gave evidence to the Committee earlier this week as part of its Labour Shortages in the Food and Farming Sector enquiry. During that session he accused the Home Office of not doing enough​​ to solve the shortage of pork butchers in the UK by supplying sufficient visas for foreign workers in a timely, efficient manner.

At the meeting on 14 December, Foster, minister for safe and legal migration at the Home Office, reported that only one of the UK’s major four pork processors held the necessary licence to allow them to sponsor visa applicants.

Industry claims all four were sponsors​

Subsequently, leading voices in the industry wrote to the Committee challenging the minister’s evidence and stating that all four were indeed sponsors.

In his letter, Parish writes: “At the start of the hearing, you told the Committee that: ‘… of the four big pork processors, only one currently has a skilled worker sponsor licence. One of the others let theirs expire in September last year, and we are waiting to see if the other two will actually make an application’.​

“I assume the four processors you had in mind are Cranswick PLC, Karro Food Limited, Pilgrim’s Pride Ltd and WM Morrison Supermarkets PLC, which, we understand, together account for over 90% of the UK’s pork processing market.​

“The latest Home Office’s Register of Worker and Temporary Worker licensed sponsors, available here, lists all four organisations as being registered as sponsors for Worker (Type A) under the Skilled Worker Route. Given this information, I would be grateful if you could clarify your statement that only one of the four big pork processors has a Skilled Worker Sponsor Licence.”​

Parish stated that Foster’s point that only one major pork processor had a Skilled Worker Sponsor Licence was integral to his argument that pressures on the sector were less serious than described. Foster cited this as proof the sector was not doing enough to access the support available through the immigration system.

Parish also challenged Foster’s claim that the Government required ‘a G grade at GCSE level’ to grant someone a Skilled Worker Visa. “Ecctis, a leading provider of services in the recognition and evaluation of qualifications and skills, have confirmed it would not be appropriate to compare grades achieved in national qualifications (e.g. GCSEs, A Levels, etc) to the CEFR [Common European Framework of Reference for languages] without undertaking an in-depth analysis of each examination board’s syllabus, grade descriptors and mark schemes (among other aspects) for each of the qualifications.​

“The Committee asks you to provide evidence that supports your claim that a Skilled Worker visa applicant only requires the equivalent of a 1 grade (or G grade, under the previous grading system) at GCSE.”​