Food manufacturers should use apprenticeships as a training tool 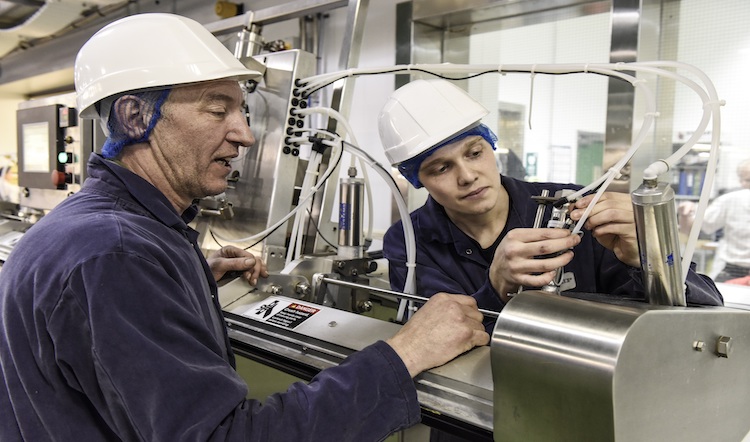 Jeremy Praud, managing director, at Li Europe said he had not talked to a food manufacturer at the moment who was spending all of their levy. ​

“Most of them are very frustrated by the fact that they cannot spend all of the levy,”​ said Praud. “The level of money is such that it is very difficult to spend all of your levy contribution.” ​

He said that much of this is because apprentices need management and departments such as engineering can only manage a few apprenticeships every year.

He adds: “It is much better to think about these as training rather than apprenticeship training so you are upskilling.” ​

Apprenticeships are open to new and existing employees of all ages. Larger food manufacturers with a wage bill of over £3m pay 0.5%, offset by a £15,000 government apprenticeship levy allowance.

However, if this is not all used within two years any unused levy funds expire and return to the government.

He says that most factories have an improvement department but it is not generally a direct career choice for many.

“The output of an improvement role is to improve the productivity of the factory and lower the cost of the product. In an inflationary environment you want to reduce product costs,”​ he said.

“The only way to mitigate raw material increases and energy increases is to by being more efficient.” ​

Unlike other general manufacturing improvement apprenticeships, these courses are designed specifically for food manufacturing businesses, incorporating sector-specific elements such as food safety, food hygiene and average weight legislation, as well as improvement tools most relevant to food manufacturing such as constraint theory and driver tree- based problem solving.

LI Europe is now offering four levels of Improvement Apprenticeships to employees of food manufacturing organisations across the UK.