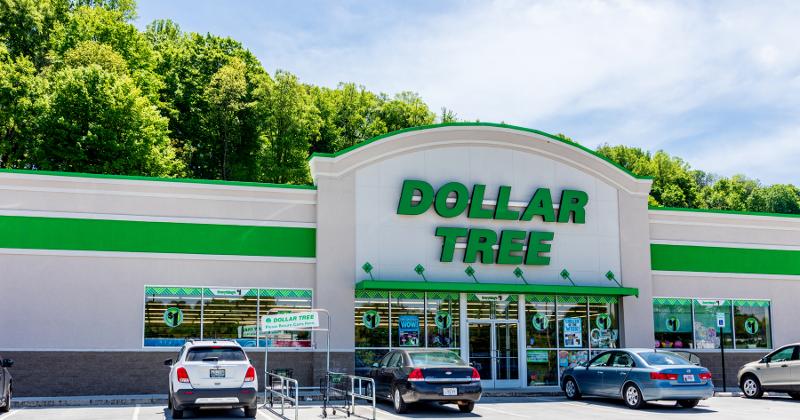 Citing a variety of promising initiatives—including combination stores, new shopper marketing and delivery partnerships, expansion of price points and a move to add fresh produce and frozen meat to some stores—executives of Dollar Tree Inc. were upbeat while reviewing the discounter’s first-quarter results and future prospects. But rising costs for freight, and a disrupted global supply chain, could be near-term impediments to its financial and operational goals, they said.

Gross profits climbed by 180 basis points to 30.3% of sales in the quarter, reflecting a more profitable sales mix that included better sales of home goods, apparel and seasonal items than a year ago, when such sales were dampened in the height of COVID lockdowns. Net earnings in the period increased by 51.3% to $374.5 million, and earnings per share of $1.60 improved by 53.8%.

While sales and earnings beat Wall Street estimates, investors appeared to concern themselves with remarks on higher freight costs—which officials signaled are coming in well above previous estimates. Shares were trading down by nearly 7%.

In a conference call with analysts, CEO Michael Witynski emphasized cost pressures were due to post-COVID indigestion in the supply chain and rising fuel rates that could last the remainder of the year. “Ocean freight is just upside down right now, but it will not last forever,” he said, according to a Sentieo transcript.

Witynksi emphasized momentum in other areas of the business. Dollar Tree comps were their strongest since the third quarter of fiscal 2017; Family Dollar cycled a 15.5% comp-sales increase from the prior year and delivered its best quarterly operating profit since its merger with Dollar Tree, he said. “I believe this is attributed to all the work in developing great strategic store formats, finding our assortments and accelerating many key sales and traffic-driving initiatives.”

These include a move—still in its “early phases,” Witynski said—to add fresh produce and frozen meat to stores. This initiative began late last year focused on rural locations of Family Dollar with little competition from established food merchants. Witynski said stores with that assortment were seeing higher rings when a basket includes fresh food, encouraging the company to continue. “I am excited to share that we will continue to expand on this initiative in 2021 and beyond, as we are focused on meeting the needs of shoppers in all markets,” he said.

Still more encouraging, in the CEO’s estimation, are the previously announced moves to open combination dual-branded Family Dollar and Dollar Tree stores, which bring Dollar Tree’s “treasure hunt” experience to markets where its brand could not otherwise survive alone; and a separate move to introduce items at higher price points at existing Dollar Tree stores.

The latter initiative, known as Dollar Tree Plus, is now in 280 stores in Colorado and the Southeast, and the most recent vintage are showing improved performance. A larger rollout, however, is dependent in part on inventory availability for the $3 and $5 price-point items added to the assortment—existing stores are selling more than expected—so the company’s goal of reaching 500 stores by August may be delayed.

Dual-branded stores, which have become a social media meme, number 61 already and are running 20% higher comps than single-branded Family Dollar stores. The company expects 100 combo stores this year and a “strong pipeline” for fiscal 2022, Witynksi said.

Instacart is now available at 6,000 Family Dollar in 47 states. During the quarter, 5,500 of these stores had at least one order, and 96% of those stores had multiple orders. “We are seeing a materially higher average ticket as well as higher gross margin on these transactions,” Witynski said, although he expects the pace of growth to soften as vaccinations expand and shoppers become more comfortable visiting stores themselves.

Around 14 million Family Dollar shoppers are subscribers, and CPG brands have committed to more than 40 campaigns to be executed through the system. “We believe the Chesapeake Media Group will enhance the opportunity to further drive loyalty and store traffic for Family Dollar, while increasing brand partner awareness and product sales, ultimately driving market share gains,” Witynski said.