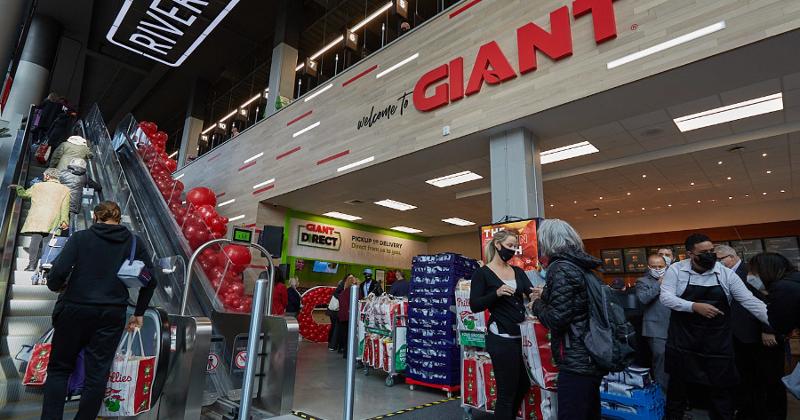 The Giant Co.’s ongoing invasion of Philadelphia shows no signs of letting up.

The company in a release this week confirmed that four additional stores in the city’s urban core were on the way, including a long-rumored Giant Heirloom specialty market to be located at the site of the historic Strawbridge’s department store building on Market Street—and three additional full-size supermarkets to be part of new developments on the Delaware waterfront and along two miles of Broad Street.

That these four stores were on the way was reported late last week by Philly Voice and confirmed in a press release from the company May 10. The announcement comes less than two months after the Carlisle, Pa.-based division of Ahold Delhaize USA debuted a splashy flagship known as its Riverwalk store in Logan Square. Giant also recently announced it would build a high-tech e-commerce center in the city and has opened three small-store Heirloom Market stores since early 2019.

“The Giant Co. is committed to Philadelphia, and this expansion across our family of brands exemplifies our strategy in action,” Nicholas Bertram, president, said in a statement. “True to its reputation of being the City of Brotherly Love, Philly families have wholeheartedly embraced Giant, Giant Heirloom Market and Giant Direct and that has only fueled our team to dream bigger and more boldly as we shape our plans for tomorrow. We’re excited about our future in Philadelphia and to be expanding across the city, with stores designed for both families and commuters that meet the needs of each unique neighborhood.”

Giant looking to include a fourth Heirloom store at the former Strawbridge’s site at 801 Market Street had been in the rumor mill for months but unconfirmed until this week. That store is expected to open late this year, reports indicated. But Giant’s plans for additional sites for full-scale stores are new. Each will accompany developing mixed-used projects and are expected to open by the end of 2023, Philly Voice reported.

Those sites are to be located at S. Columbus Blvd. and Reed Street by the Delaware River; S. Broad Street and Washington Ave. in a transitioning manufacturing district; and about two miles north along Broad Street, at the corner of Spring Garden.