Grocers’ Meat Sales, Volumes Off in April, But Not By as Much as March 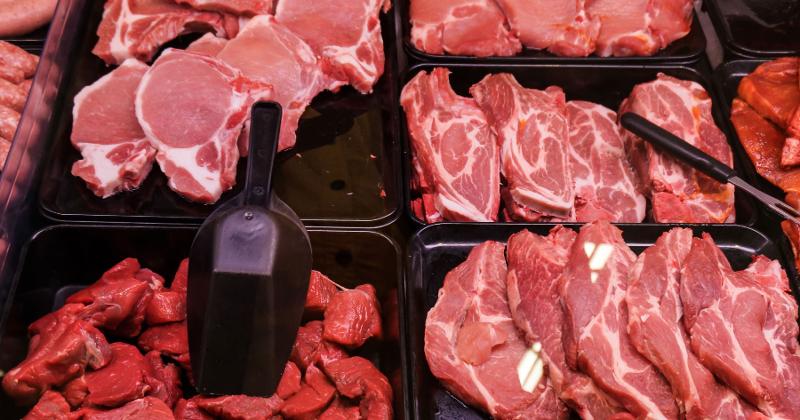 Meat sales by volume were off by a larger amount, falling 18.8% in April vs. the year-ago period (after declining 25% year over year in March) and gaining only 2.3% vs. the April 2019 pre-pandemic baseline.

IRI’s April sales report arrived in a week that has also seen the release of the federal government’s April consumer price index (CPI) and producer price index (PPI) reports. In April, the year-over-year price increases that consumers found at the grocery store moderated from those seen in March, while producer prices picked up. Year over year, producer prices in April were up 14.2% for beef, 25.6% for pork and 30.7% for chicken.

Other findings from IRI’s report: Consumers are feeling more peace of mind about grocery shopping in-store, according to new survey data, with 66% of shoppers saying they felt relaxed during their most recent in-store visit, vs. 53% who said the same in January. In addition, plant-based meat alternatives continue their climb: Sales of plant-based meat grinds, which weren’t even tracked two years ago, stood at $9 million in April, up more than 36% from a year ago.