How One Virginia Independent Is Filling a Need for Healthy, Gourmet Food When the pandemic forced so many business to rethink their operations or shut down plans for expansion, Ezaddin Alshami and business partner Faizal Surti formed National Gourmet Market and opened not one but two gourmet markets in food deserts in the Richmond, Va., area. And with plans to open a third this fall and a fourth in 2022, it’s clear some risks pay off.

Alshami’s business acumen—he previously ran convenience stores with his father from the 1990s to early 2000s before selling those off in 2007 and getting into the ATM business—and his dedication to the community have helped to make National Gourmet Market’s ventures a success.

“I learned a long time ago to give people what they need not what we think would work for them,” he told WGB in an interview.

Part of that means canvassing the area, speaking directly with the community members who might ultimately shop the stores. “Months before we open the doors, we talk to the customers in the neighborhood. We stop by and chat with people who live close by the location that we are intending to open, [asking them] what kind of concept and what kind of market would fit their needs,” Alshami said.

Alshami and Surti, operation manager, did just that before opening the first gourmet market, Northside Gourmet Market, in November 2020. They found that the community sought healthier alternatives that they didn’t have to travel far for—that was especially important amid COVID-19 as consumers stayed closer to home and avoided larger, crowded spaces, Alshami said.

At each store’s core is health and wellness. Vegan, gluten-free and organic products and produce fill the shelves, with each market averaging about 6,000 SKUs in about 2,000 to 5,000 square feet of space.

“That’s a huge number for a small market,” Alshami said. But don’t let the square footage fool you. Because each market aims to offer variety and serve as a one-stop local shop, some customers walk away with about $200 worth of groceries, just as they would at a big-box store, he said. 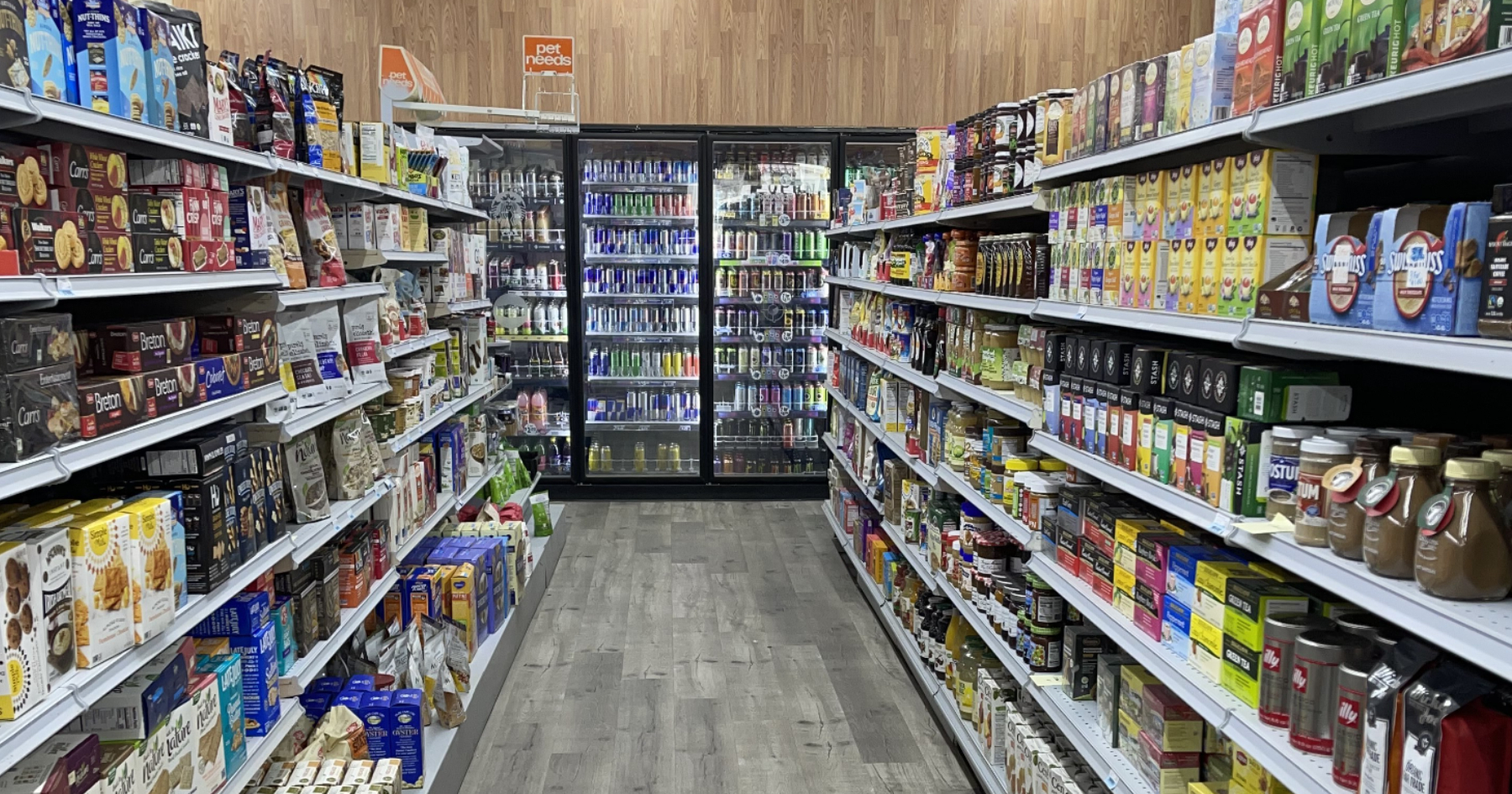 Shortly after opening Northside, Alshami and Surti opened Mocha Gourmet Market in Richmond’s Oregon Hill neighborhood, with plans to open a market in Scott’s Addition this fall and another in Jackson Ward in 2022. While National Gourmet Market tailors each store “according to what the neighborhood needs”—for example, the Jackson Ward store will be the first to offer foodservice based on a lack of options in the community—one thing remains constant: the belief that “customers are our partners in this business,” Alshami said.

This means engaging with churches, police and fire departments, boys and girls clubs, and schools, as well as encouraging engagement at the stores themselves. “It is important to lay down the roots of our business on a personal level,” he said.

One example of this is last Christmas, outside its Northside store, National Gourmet Market set up a Christmas tree for the community to decorate and put gifts under. Those gifts were then given to community members in need on Christmas Eve. “It was beautiful,” Alshami said. “Because of the success and the feeling of being part of something in the neighborhood, we decided to implement that every year in all of our stores.”

And in the next three years, that could be 10 stores, according to initial plans, Alshami said, which also include keeping stores at under 10,000 square feet; continuing to fill the need for healthy, gourmet food in food deserts; and, at the same time, evolving with the community as needs change.