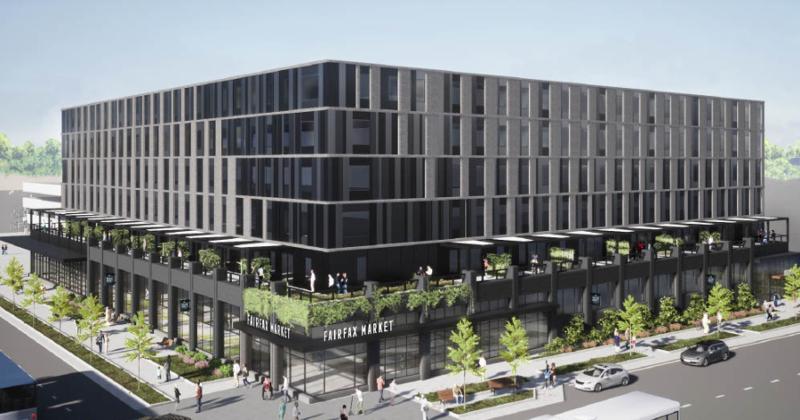 Grand Rapids, Mich.-based Meijer can soon add the city of Cleveland as a store destination.

The city of Cleveland, Cleveland Clinic, Meijer, Fairfax Renaissance Development Corp. and Fairmount Properties broke ground Dec. 14 on a new grocery market and apartment complex in the Fairfax neighborhood, which could open as early as 2023, according to a Dec. 14 statement from Meijer.

As part of the $500 million Cleveland Innovation District, the new Fairfax market mixed-use project will be located on the corner of East 105th Street and Cedar Avenue. The $52.8 million development will include a 40,000-square-foot grocery market, which will create a healthier community by addressing food insecurity as well as enhance economic development, according to the statement.

The idea to bring a grocery market to the Fairfax neighborhood was first discovered in 2018 when Cleveland Clinic CEO and President Dr. Tom Mihaljevic and Cleveland City Council President-Elect and Ward 6 Councilman Blaine A. Griffin hosted a community forum to better understand residents’ needs and how Cleveland Clinic could contribute.

Following this session and a walking tour of the Fairfax neighborhood, it became clear that food insecurity was a major issue facing area residents. In fact, according to the U.S. Department of Agriculture, Fairfax has been identified as an urban food desert.

“I appreciated that from the start, Dr. Mihaljevic understood the importance of Cleveland Clinic’s role in the neighborhood and that residents had many areas that needed to be addressed,” said Councilman Griffin in the statement from Meijer. “The discussion about bringing a supermarket to the neighborhood started early, recognizing the need of the longtime Fairfax residents.”

The statement goes on to explain that Meijer became the grocer partner for the project based on the offerings of its small-format market design, seen in cities across Michigan. In fact, Cleveland Clinic leaders visited the retailer’s small-format store, Bridge Street Market, in Grand Rapids to see the impact this type of market could have in the community.

“Meijer is committed to our communities, which is why we are so excited to continue our investment in the city of Cleveland with the addition of Fairfax Market,” Meijer President and CEO Rick Keyes said in a statement. “After the success of our four other neighborhood markets, we look forward to providing this great new store to residents of the Fairfax and surrounding neighborhoods.”