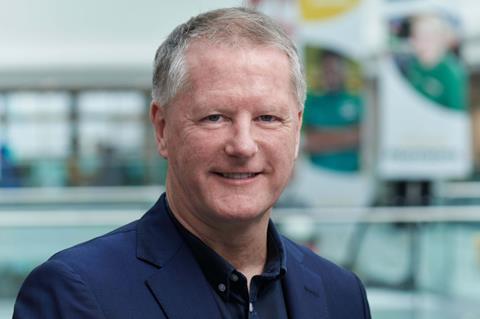 Morrisons bosses today suffered a major defeat over executive pay, with more than 70% of votes cast at its annual shareholders’ meeting rejecting its remuneration report.

The vote came after a rebellion by investor advisory groups, who recommended shareholders vote against the report, including a whopping £1.7m bonus for CEO David Potts.

Shareholders expressed anger the pay package was calculated after Morrisons removed the £290m costs of the Covid crisis.

Today the retailer said 70.1% of votes cast at the annual general meeting were against the resolution to approve the pay report, with less than 30% in favour.

Advisory firms ISS and Glass Lewis had recommended Morrisons’ shareholders vote against the report, while The Investment Association issued a “red top” notice to its members.

In a statement to the Stock Exchange, Morrrisons said it planned to “re-engage” with shareholders to try to persuade them the pay had been justified.

“We note the very significant majority vote against the directors’ remuneration report,” it said.

“In consultations with shareholders ahead of the AGM, the Remuneration Committee endeavoured to explain the full context around its decision to apply selective discretion on some aspects of the executive directors’ remuneration, in particular adjusting for direct Covid costs.

“An adjusted profit number was also used to calculate the final ordinary dividend payment of 5.11p which, together with the interim dividend and the deferred special dividend from the prior year, took the total dividends for shareholders for the year to 11.15p.

“In the committee’s view, Morrisons performed exceptionally well for the nation during the first year of Covid with the executives widely recognised for their leadership, clarity, decisiveness, compassion and speed of both decision-making and execution.

“Almost overnight, the entire business was effectively re-positioned to feed the nation and to make sure no one was left behind.”

“In addition, all Morrisons colleagues had their bonus significantly enhanced – the average bonus was trebled and paid early – to recognise their extraordinary commitment, innovation, selflessness and hard work to feed the nation in a time of national crisis,” it said.

“In the view of the committee, the executives demonstrated those same qualities and in doing so helped to develop a more trusted, differentiated and resilient business which is in the long-term interests of shareholders.”

“In these circumstances, the Remuneration Committee believed that it was appropriate to apply some discretion to the remuneration of the senior executives. It is a matter of sincere regret to the committee that it clearly has not been able to convince a majority of shareholders – or the proxy voting agencies – that this was the right course of action.