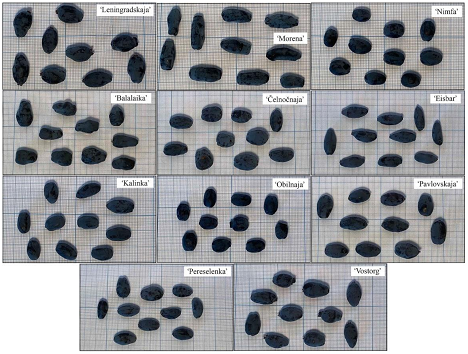 “In general, the results suggest that berries of the studied 11 blue honey-suckle cultivars present themselves as rich potential food sources with health-promoting properties, and that differences in the contents of bioactive compounds as well as antioxidant and antibacterial activities are largely predefined by the genotype” the scientists say.

Results showed that the total phenolic contents varied from 364.02  mg/100 g in ‘Vostorg’ to 784.5 mg/100 g in ‘Obilnaja’, and total anthocyanin contents ranged from 277.8 mg/100 g in ‘Čelnočnaja’ to 394.1 mg/100 g in ‘Nimfa’. Anthocyanins comprised 53.8% of total phenolic contents on average. Among organic acids, citric acid was predominant, averaging 769.41 mg/100 g, with malic and quinic acids amounting to 289.90 and 45.00 mg/100 g on average, respectively. Contents of vitamin C were 34.26 mg/100 g on average. Organic acids were most effective in the inhibition of both Gram-positive and Gram-negative bacteria tested. These data underline that berries of L. caerulea are beneficial not only for fresh consumption, but also as a raw material or ingredients of foods with high health-promoting value.

“Summarizing the most significant data we can state that ‘Obilnaja’ was distinguished by the highest content of total phenolics exceeding the average of all cultivars by 33%, while ‘Nimfa’ showed the highest content of total anthocyanins, exceeding the average by 24%. Taken more broadly, ‘Leningradskaja’ should be acknowledged as the cultivar possessing not only a high total anthocyanin content but also accumulating the highest levels of fructose and glucose which, combined with the low total content of organic acids, provides a sweet berry taste. The study also revealed that some cultivars, namely, ‘Kalinka’, ‘Morena’, and ‘ˇCelnoˇcnaja’, are among the best berry sources of organic acids and vitamin C”, the scientists conclude.