Organic Isn’t the Only Name in the Quality-Signal Game 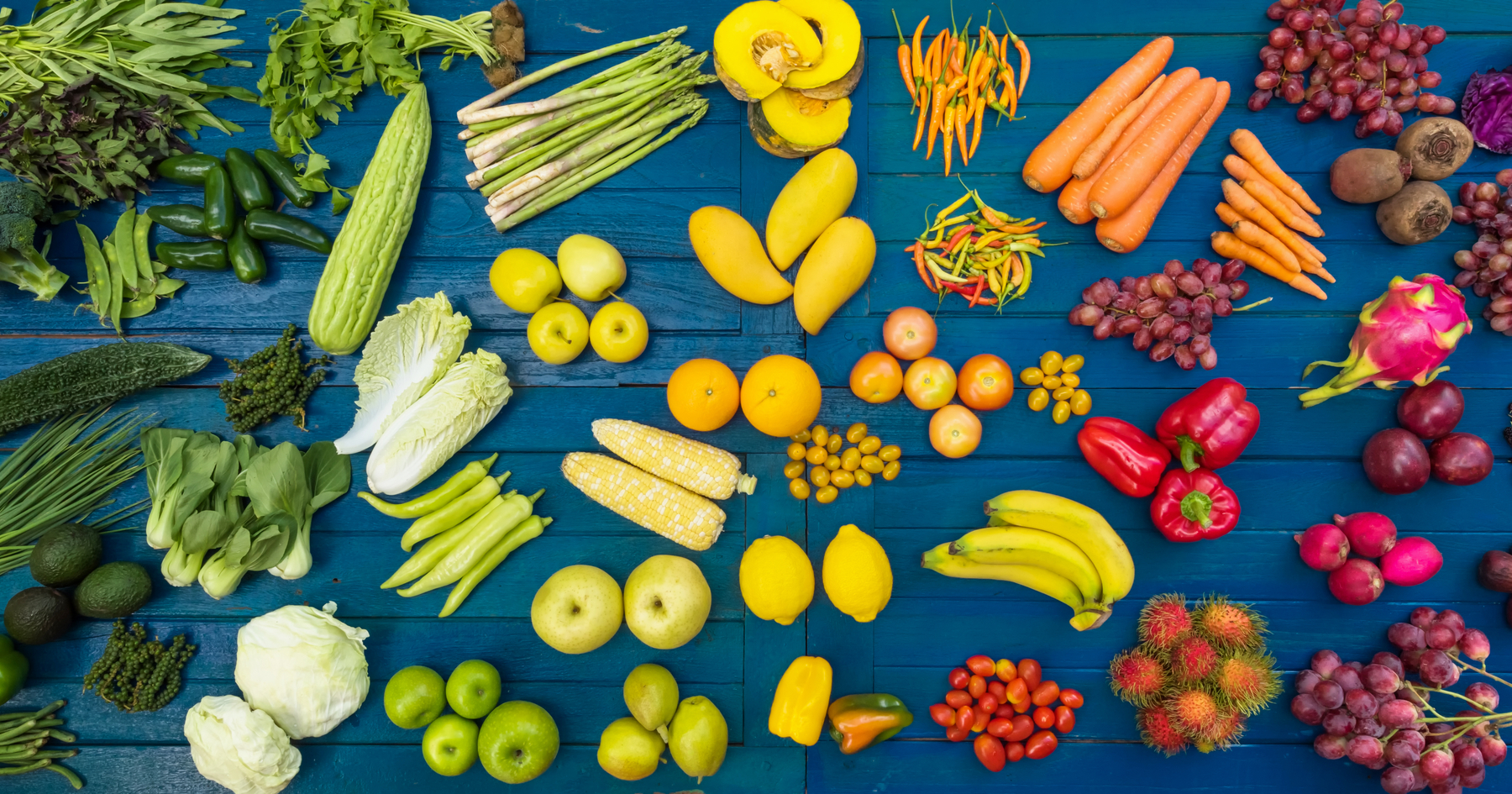 Organic produce had a banner year in 2020. Consumers who were eating at home more often and seeking out foods they associate with good health reached for organic fruits and vegetables—both fresh and frozen—at levels not before seen.

Organic produce sales climbed 14.2% to more than $8.5 billion in 2020, according to a January report from the Organic Produce Network and Category Partners. That beat conventional produce’s 10.7% sales growth for the year, noted the report, which was based on scanned NielsenIQ data.

“The continued strength of organic fruit and vegetable sales through 2020 despite pandemic-related economic challenges underscores the depth of consumer demand for organic products,” Steve Lutz, SVP for Category Partners, said in a news release when the report was published.

This year? Every grocery category is going up against tough year-over-year comparisons, but organic is poised to continue building off its 2020 gains, says Maggie McNeil, spokesperson for the Organic Trade Association (OTA).

“While this year’s sales won’t mirror the runaway numbers of spring 2020, we do see that the sales base for organic has grown and that figures are trending upward,” McNeil says.

One reason for that is consumers’ greater exploration of new-to-them organic subcategories, such as frozen organic produce, which saw sales soar 28% in 2020, according to the OTA. Consumers making fewer trips to the grocery store mid-pandemic and looking to avoid food spoilage made frozen organic fruits and vegetables a go-to.

Particularly in produce, “organic” still enjoys a premium position with health-seeking consumers: A 2016 Pew Research survey found 75% of frequent organic buyers and 55% of all consumers surveyed said organic fruits and vegetables are better for one’s health than conventionally grown produce.

That health halo has helped propel produce to reign as organic’s best-performing category, with organic produce’s market share growing in 2020 to 12% of overall produce sales by dollars and 6.6% of overall produce sales by volume in the U.S., according to the Organic Produce Network report. By market share, produce remains organic’s best-performing category.

But as health- and environment-conscious consumers pay growing attention not just to how products are made but also where they are produced, “organic” increasingly isn’t their be-all, end-all indicator of health and quality—and that has important implications for retailers looking to optimize their category mix and in-store and online merchandising.

With a rising number of emerging fresh produce players jockeying for distribution and shelf space at grocery retailers across the country, “local” represents the biggest challenge to organic’s dominance as a quality-signaling indicator for consumers.

It’s a challenge that Bruce Taylor, whose Taylor Farms bought organic greens grower Earthbound Farm from Danone SA in 2019, called out at an OPN growers roundtable discussion in December. “The coming competition to organic is indoor-grown, whether it’s greenhouse or vertical farming, and the attraction there is local,” Taylor told OPN. “The consumer prefers local.”

“The coming competition to organic is indoor-grown, whether it’s greenhouse or vertical farming, and the attraction there is local.”

There are a few factors favoring local for consumers: First, there’s the idea of supporting local growers by buying local—especially where there are compelling stories that can be told in-store and online, for example, of the family farm that is responsible for the apple a consumer is adding to their basket (regardless of whether that grower follows organic farming practices).

Another factor favoring local is the perceived taste and quality of local produce vs. produce from farther afield, regardless of whether it’s organic or conventionally grown. In the 2016 Pew Research survey, whereas most consumers—even if they didn’t regularly buy organic produce—said they believed organic fruits and vegetables were better for health than conventionally grown choices, a much smaller share said organic produce has a taste advantage.

But locally grown produce, with a shorter time from field or greenhouse to grocery shelf, carries a freshness and flavor halo for consumers—and growers and retailers are seizing new ways to capitalize on this appeal.

In June, Landover, Md.-based Giant Food started selling subscription-free local produce boxes, available at $20 a pop, through its Giant Delivers delivery platform. More than 20 farms are participating, according to the retailer, and customers can view what’s in season at GiantFood.com. Giant noted that the launch of the local produce boxes offering supports the organization’s goal to work with 20 new farms in Maryland and 70 in Virginia this year.

Indianapolis-based online farmers market Market Wagon, a 2021 WGB Remarkable Independents honoree, works to help local producers—both conventional and organic—sell directly to consumers. Now delivering in 29 markets and aiming to be in 50 by the end of the year, Market Wagon’s business is nine times larger than it was at the start of the pandemic, co-founder and CEO Nick Wagon told WGB in May.

For the growing cohort of consumers attuned to sustainability and social-responsibility issues intertwined with their purchases—for example, the carbon cost of transporting produce thousands of miles and conditions for farm laborers—label terms beyond “organic” are increasingly important. It’s not just about the health profile of what they’re putting into their body, it’s about the broader implications of their food choices.

“Shoppers are increasingly adopting a ‘healthy for me, healthy for we’ mindset and aligning their personal beliefs with the products they purchase,” NielsenIQ wrote in 2019. And as the COVID-19 pandemic highlighted supply-chain stressors, the fragility of small and local businesses and the perils of sourcing product exclusively from producers far from the point-of-sale, interest in local is likely only to accelerate.

“Shoppers are increasingly adopting a ‘healthy for me, healthy for we’ mindset and aligning their personal beliefs with the products they purchase.”

More than 90% of leafy greens sold in the U.S. come from California or Arizona, notes Don Taylor, CEO of Charleston, S.C.-based indoor greens grower Vertical Roots. For a lot of those greens in stores across the country, then, “It’s two weeks old by the time it gets there, and then it goes to your refrigerator, and then you’re probably going to lose another 30% of it,” Taylor says. “That waste product can be cut down significantly by the product being grown a lot closer to the point of distribution.”

This all isn’t to say that consumers are choosing local at the exclusion of organic—not by a long shot. Price and availability remain constant and critical factors. But consumers’ broadening view of sustainability, not to mention the rising transportation costs that businesses are facing, means there’s strong opportunity for growers and retailers to find more ways to integrate local and organic.

Conventional and organic berry producer Driscoll’s in October announced a partnership with San Francisco-based vertical farm Plenty to grow Driscoll’s strawberries indoors year-round. “As one of the few berry companies with a dedicated global R&D program, we believe our proprietary berries, which are focused on flavor, combined with Plenty’s technology leadership will create a competitive market edge as we expand to more effectively meet the future consumer,” Driscoll’s Chairman and CEO J. Miles Reiter said in a news release.

“People bring a number of concerns with them when they shop for food,” says McNeil of the OTA. “They want their fruit and veggies to be seasonal and delicious, but they also care about how soil, air and water quality are being managed. Are the people whose labor produced that perfect tomato or berry being treated well, compensated fairly and provided a healthy workplace? For many, the correct answer is that, if it is local, it also better be organic, because they care about the downstream effects their choices have on their neighbors and the environment.”

While organic produce’s top 10 sellers all saw sales growth in double-digit percentages for the year, there were a few standout performers, according to the Organic Produce Network’s 2020 sales report. Herbs and spices, potatoes and mushrooms recorded growth exceeding 20% as consumers hunkered down at home amid the COVID-19 pandemic and many began preparing more meals at home more often.

In terms of volume, organic bananas led the category, posting 16% year-over-year growth. Apples, carrots, berries and packaged salads rounded out organic produce’s top five by volume. OPN noted that bagged apples, in particular, had a strong showing in 2020, with consumers looking to stock up on fresh and hardier choices as they made fewer trips to the grocery store. Berries, lettuce and onions all saw volume growth higher than 20%.