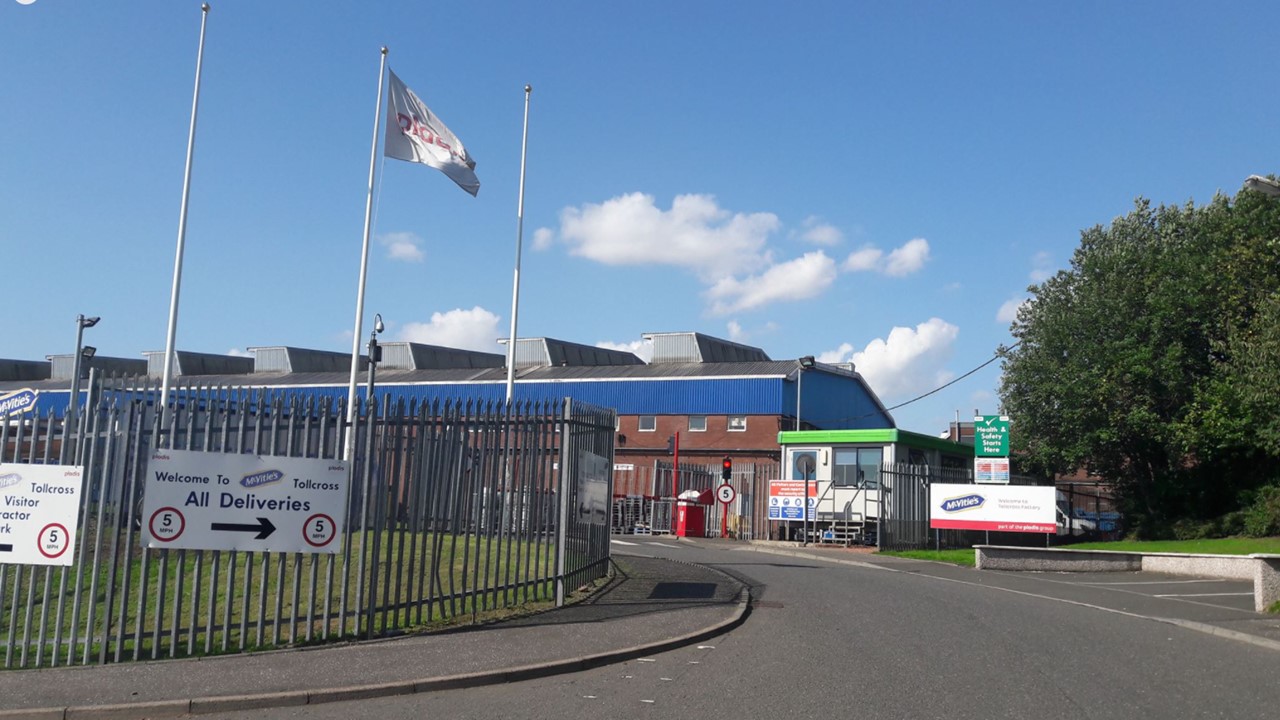 The company said the rationale for the proposal was to address excess capacity across its UK sites and ensure Pladis could continue to invest in the future success of the business.

The news follows Nestlé’s announcement last month that it planned to cut 573 jobs across its Fawdon and York factories​​.

In 2017 the GMB trade union urged Pladis management to give urgent assurances to staff at Tollcross amid fears the site would not receive future funding​​.

According to Pladis’s website, the Tollcross site makes products including Go Ahead! bars and McVitie’s Hobnobs biscuits. It had been identified for potential closure based on a comprehensive business analysis, considering several factors including use, volume and product mix, the company stated.

The proposal would see production from Tollcross moved to other Pladis sites within the UK and the factory ceasing operations in the second half of 2022.

“We know this news will be difficult for our colleagues at Tollcross,”​ said David Murray, Pladis UK & Ireland managing director who announced the consultation to employees at meetings today. “Our priority now is to provide them with the support they need during the consultation process.​

“Pladis is home to some of Britain’s best loved brands which have been part of the fabric of our society for nearly 200 years. In order to protect them for generations to come, we must take steps to address excess capacity in the UK.​

“This overcapacity limits our ability to make the right investments in future capabilities to meet the very big changes in our industry.”​

Including Tollcross, in the UK and Ireland Pladis operates seven manufacturing sites, one distribution hub and five offices, employing more than 4,600 people.

In total, it has 25 factories in 11 countries and employs 16,000 staff. Formed in 2016, in addition to McVitie’s and Go Ahead! its brands include Ulker, Godiva, plus regional brands Jacob’s and Carr’s in the UK.