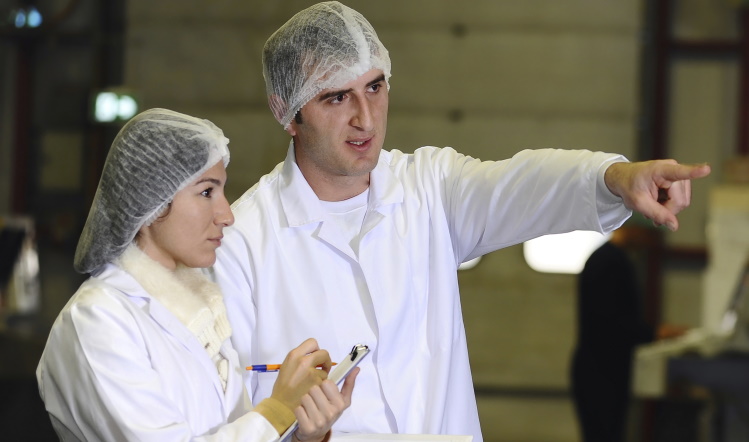 In a supporting document released alongside yesterday’s (11 May) speech, the Government announced a new Lifetime Skills Guarantee, but little mention was given to its role in providing food and drink sector training.

Food and Drink Federation (FDF) innovation and skills policy manager Mark Corbett was disappointed that the scheme had not been extended to cover food and drink processing.

“There are almost 400 funded courses covered by the Lifetime Skills Guarantee, but none which relate to the manufacturing of food and drink, this is despite our industry requiring a further 140,000 new recruits by 2024,”​ he said.

“The food and drink industry is the largest manufacturing sector, and continues to grow at a time when many sectors are struggling.​

“The government must look at introducing further courses that support what is a vital and resilient part of the UK economy and allows businesses to employ people with the right skills and improve their career prospects.”​

The supporting document also announced a ban on junk food adverts before the 9pm watershed on TV and a total ban online.

The Government will also restrict the promotion of food and drink high in fat, salt and sugar (HFSS) in retailers from April 2022. Secondary legislation will be introduced that will require out-of-home businesses with 250 or more employees to carry calorie labels on the food they sell.

Commenting on the restrictions, British frozen food Federation chief executive Richard Harrow said they would prove popular to campaigners, the move would do little to sway consumers away from HFSS foods or address long-term obesity issues.

“Rather than wrongly demonising certain foods, the government should be introducing initiatives and policies to educate people about the benefits of a balanced diet and increased exercise,”​ said Harrow.

“For instance many frozen foods have vitamin and nutrition levels as good as or better than fresh, but a ban on advertising frozen pizza might put shoppers off visiting the frozen aisle to the detriment of the whole industry.”​

Kate Halliwell, chief scientific officer at the Food and Drink Federation, was also less than impressed with the announcement. She claimed the Government was more interested in headline chasing policy than making serious interventions that will help reduce obesity rates.

“A proposed advertising ban would remove less than five calories a day from children’s diets, according to the Government’s own estimates,” ​she explained. “And yet the proposals limit the scope for advertising products that have been carefully reformulated or created in smaller portions in-line with the Government’s own targets – for example, Cadbury would not be able to advertise their 30% reduced sugar Dairy Milk.​

“This is tying businesses hands, by limiting how healthier options can be successfully brought to market. It undercuts what has been a key pillar of the Government’s obesity strategy, and demonstrates a lack of joined-up policy making.”​

However, campaign group Action on Sugar (AOS) welcomed the announcement and the Government’s apparent move toward making Britain healthier.

AOS’ and Queen Mary University of London’s professor Graham MacGregor said the new policies would make the UK a world leader in the area of obesity reduction, he pointed at the crucial work that still needed to be done to prevent obesity and treat those who are already overweight.

“With figures published last year suggesting that nearly two-thirds of adults in England are either overweight or living with obesity (and obesity linked to the worst outcomes of Covid-19), the food & drink industry, including the hospitality sector, must not dither or delay any longer and create a level playing field,”​ he added.