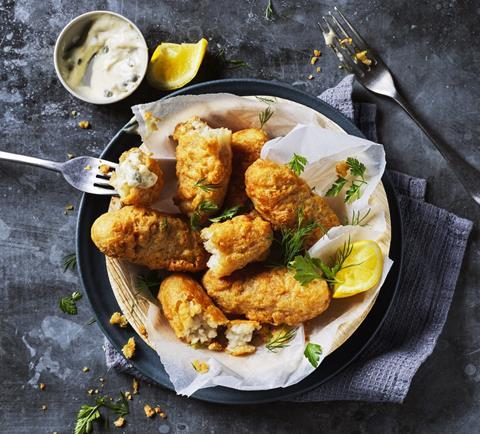 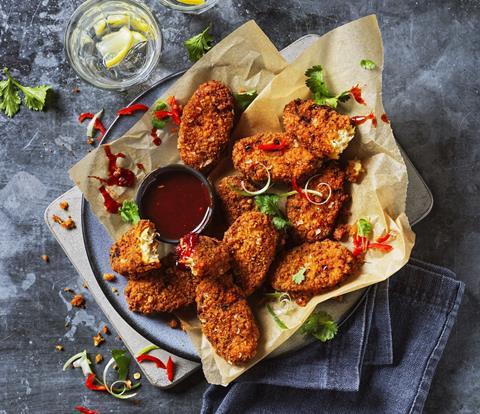 A fusion favourite: sticky yet crispy barbecue wings have gone plant-based. The breaded pea & wheat protein wings are flavoured with a Korean-inspired marinade of gochujang paste and rice wine vinegar, while a classic barbecue sauce is served on the side. 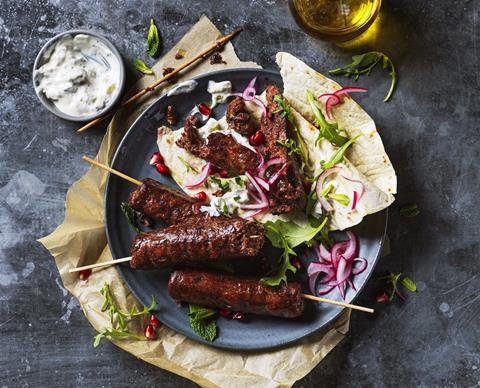 M&S plans to bring typical barbecue staples into a new age with meat-free alternatives. Its lambless koftas are made with pea and wheat protein, lightly spiced with mint, garlic, red jalapeño chilli & salt. 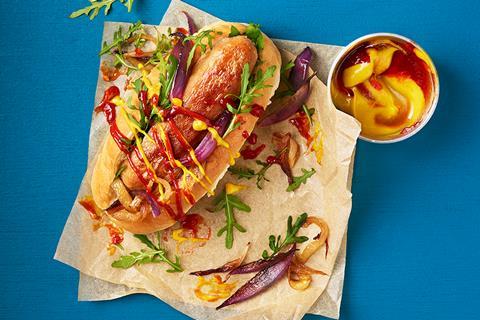 Classically seasoned sage and onion sausages are nothing new, but these barbecue-friendly vegan bangers are. M&S says they crisp up just like their meaty counterparts, making them ideal in a soft hotdog bun. 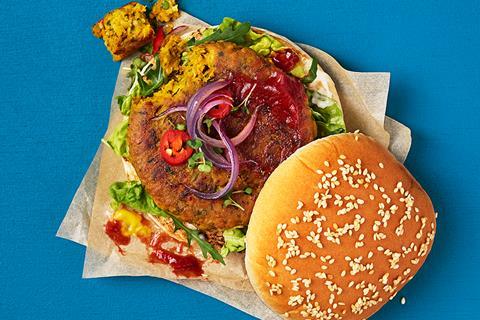 These veggie burgers represent a new take on the sweet and spicy flavour profile, with the sweet element coming from the sweet potato and the spicy from a curried chickpea kick. 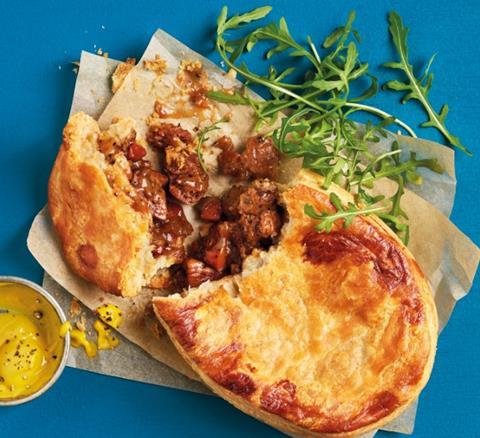 As commuting returns, M&S is expanding its hot meal deals with SKUs from the Plant Kitchen range, allowing for its first fully vegan meal deal with a main, side and dessert that serves two people for £8. Hearty steak pies are one of the main courses on offer, made with juicy savoury pea protein pieces, diced veg and a peppery mushroom gravy. 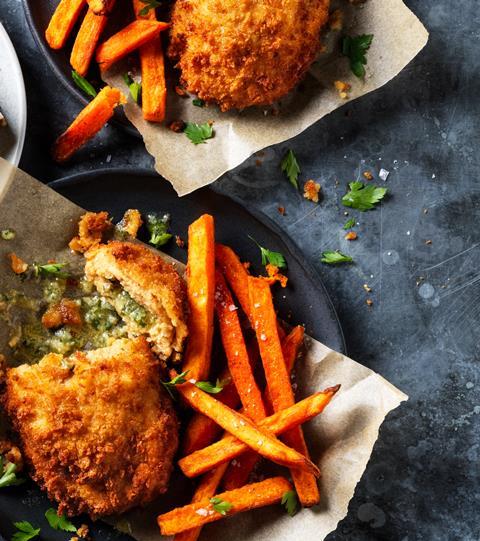 This favourite of the Plant Kitchen range is new to the meal deal. It’s made with soya protein, filled with “oozy” vegan garlic sauce and cooks in 20 minutes.

Melt In The Middle No Fish Cakes 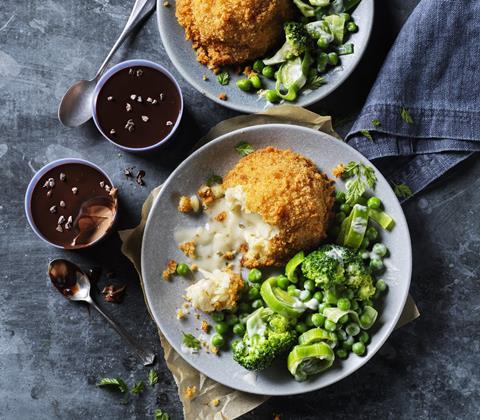 A coconut-based cheese alternative sauce fills these melty, savoury mains. The sauce is encased in potato and rice flour cakes coated in breadcrumbs. 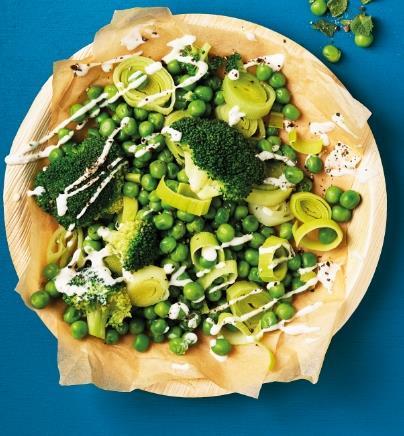 There will be no steamed cabbage here. A side of fresh leeks, broccoli and garden peas served with a plant-based ranch dressing is among the options to get in a few of your 5 a day. 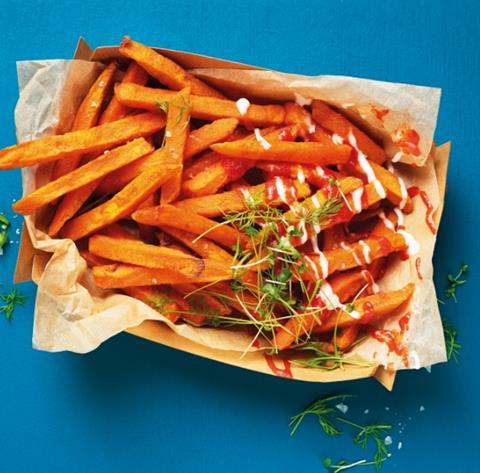 A favourite alternative to French fries, a ready-to-cook sweet potato version is new to the Plant Kitchen range. 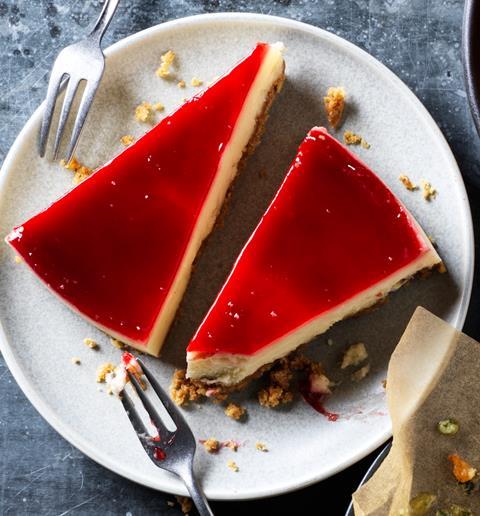 These New York-style cheesecake alternatives are made with lentil protein, mixed with a dairy-free cream cheese on a crunchy oat biscuit base.