Retail Segment a Bright Spot for SpartanNash in Q1 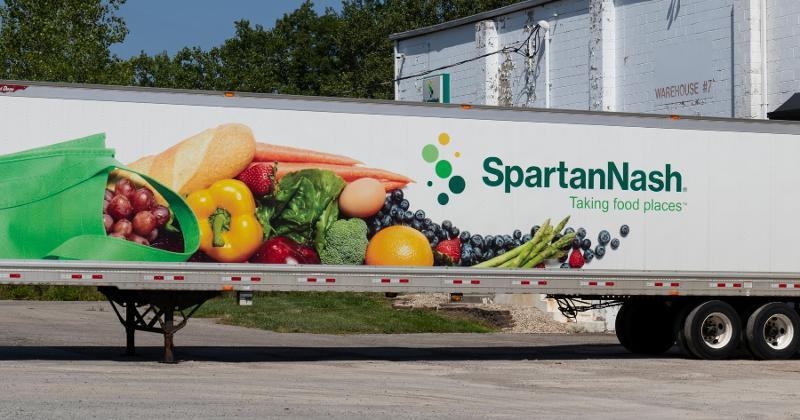 Despite a comparable-store sales decline of 7% from the year-ago period, SpartanNash’s retail segment is seeing meaningful improvements that will continue to pay off in profitability down the line, according to SpartanNash CEO Tony Sarsam and recently named Chief Financial Officer Jason Monaco.

Against the significant challenge of lapping last year’s pandemic-prompted sales surge, the retail segment performed particularly well, Sarsam said in the call with investors and analysts. “We’re pleased with how well our retail sales have trended,” he said, noting that comp-store sales were up 9.3% vs. the first quarter of 2019.

One factor inspiring optimism for SpartanNash’s leadership team—and contributing to gross-profit margin improvements at the start of this year—is an improved assortment and penetration of SpartanNash’s private-label brands. The company’s own brands, which include Our Family, Full Circle Market organic products and Pure Harmony premium pet products, provided a “really nice lift” in the first fiscal quarter, Sarsam said. “There is growing consumer excitement for our own brands,” with new products and packaging rolling out, he added.

In addition, consumers’ shift toward preparing more meals at home so far appears to be somewhat stickier than anticipated, Sarsam and Monaco suggested. “We’re seeing a little bit slower return” than expected to pre-pandemic dining-out habits, Sarsam said. SpartanNash’s online retail sales, too, have continued to grow, even as the COVID-19 pandemic’s grip on the U.S. has eased, he said.

In light of these factors, SpartanNash raised its full-year expectations for the retail segment: While sales are still projected to slide year over year, that decline is now forecasted to be in the range of 5% to 7%, vs. the 6% to 8% dip the company had projected at the beginning of the year. Predictions for SpartanNash’s food-distribution business remained unchanged, with sales expected to be down 1% to 3% for the full year.

By contrast, the company lowered its forecast for the military segment, which failed to meet company expectations in the first quarter. Military sales are now projected to be down 6% to 10% for the full year after the business saw lower traffic and sales volumes as well as higher supply-chain expenses at the start of the year.

Because of the retail segment’s comparatively strong performance, SpartanNash reaffirmed its overall full-year guidance of adjusted earnings per share between $1.65 and $1.80 per diluted share and adjusted EBITDA between $195 million and $210 million.

Sarsam and Monaco offered few specific details on a supply-chain improvement initiative announced in the company’s official first-quarter earnings release on June 2, saying the effort is still in the blueprint phase. However, operational changes are expected to begin rolling out in the second quarter, with a long-term expectation that the anticipated efficiency improvements in procurement, warehousing and transportation will generate 25 to 50 basis points of improvement to SpartanNash’s supply-chain expense rate on the company’s distribution businesses.

“It’s not something [where] we’re going to push a button and it’s done. … It’s a multiyear endeavor,” Sarsam said. Still, he said, “We expect these results to be transformative.”

One vital piece of that endeavor is having the right people in place at all levels of the organization, Sarsam noted, mentioning the slew of leadership appointments the company has announced since September, when Sarsam took over as CEO. At the associate level, SpartanNash struggled with turnover in 2020, resulting in decreased labor efficiency, Sarsam said. A redoubling of efforts to boost retention and improve employee training, with a particular emphasis on safety, is yielding positive results, he said, and the company is in the midst of reviewing wages for warehouse staff.

“Like many other companies, we have been incredibly challenged with hiring due to the labor shortage,” Sarsam told investors. “Just as an example,” he continued, “in Petoskey, Mich., one of our SpartanNash markets, there was a job fair held in May with 60 employers looking to fill 500 jobs—only four candidates showed up.”

While SpartanNash has boosted retail sales associate starting wages by more than 10%, Sarsam said in a Q&A, the company continues to evaluate ways to be more competitive—e.g., through nonwage benefits and predictable schedules—in a challenging labor market. “We fully intend to win this war for talent,” he said.