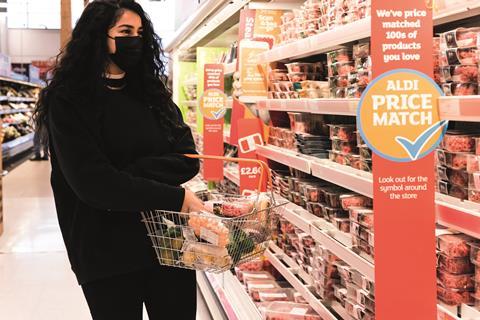 Sainsbury’s has asked suppliers to contribute up to a fifth of sales turnover, as it launches a major range reset to compete with the discounters and rival supermarkets.

The Grocer understands all major suppliers have been contacted by the retailer, with some already having been delisted as Sainsbury’s looks to rationalise and reduce prices.

However, the move, which comes six months after CEO Simon Roberts launched Sainsbury’s Food First strategy and three months after the launch of its Aldi Price Match scheme, is believed to have encountered resistance from suppliers.

Sainsbury’s squeeze is the latest in a series of gambits by the major supermarkets in an EDLP price war, with Asda, Morrisons and Tesco also having launched major range culls and demanded lower prices from suppliers.

“Sainsbury has been shaking the tree and asking for money with the consequential prospect of benefits or losses in the forthcoming range reviews,” said one supplier source. “I believe all big suppliers have been contacted.

“Sainsbury is further rationalising its range and this is probably a combination of ‘pay to stay’ revenue and improving efficiency.”

Another supplier source said Sainsbury’s had held talks with a raft of suppliers in the past few weeks across different categories.

“Suppliers are being asked for 15%-20% of their sales turnover at Sainsbury’s. They are expecting suppliers to fund a range reset which will give them lower operating costs and allow them to put money behind this Food First Strategy.

“The trouble for Sainsbury’s is this is coming at a time when suppliers are facing rising costs and my impression is that many suppliers are telling them where they can get off.”

In March, The Grocer revealed Sainsbury’s had written to suppliers asking for “lower prices” to support its Aldi Price Match campaign, which launched the previous month.

In November, CEO Simon Roberts told how suppliers would play a “key role” in delivering its new strategy, promising to “work together” with them to ensure it was a success.

A Sainsbury’s spokeswoman said: “We are proud of the strong and collaborative relationships we have with our suppliers.

“In a competitive market, we must work together to adapt and our new plan to put Food First gives customers more of what they really care about – lower prices, exciting new products and the most convenient ways for them to shop. Reducing cost and complexity in our business will fund improvements in our food offer and lower prices for customers through value campaigns such as our bold Sainsbury’s Quality, Aldi Price Match initiative.

“We are in the process of hearing suppliers’ ideas and thoughts and many are telling us they appreciate the simpler and collaborative approach we are taking, as we drive growth.”