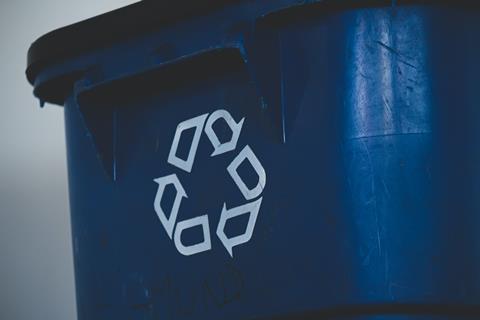 Scrapping plans for a conventional deposit return system (DRS) in favour of a digital kerbside-based system would save nearly £3.5bn over the next decade, according to a report commissioned by leading retailers and suppliers.

The document was submitted to ministers by the Digital DRS Industry Working Group, which includes retailers Aldi, The Co-op, Lidl and Ocado, suppliers Diageo and Danone, and trade bodies including the BRC and the British Plastics Federation.

The Grocer revealed in April the group had commissioned research by consultants Resource Future, amid fears over the estimated £1.8bn infrastructure costs of installing thousands of reverse vending machines (RVMs) across stores in the UK.

The report says huge savings can be made if instead the government utilises the estimated 28 million collection points that already exist at people’s homes, supported by a slimmed-down network of “away from home” collection points.

The report, based on Defra’s impact assessment as part of its consultation on its DRS plans which wraps up this week, modelled an example of a digital DRS (DDRS) system drawn up by the retailers and trade bodies.

It found a DDRS had the potential to reduce the cost of implementation by £3.34bn over 11 years compared to the government’s proposed “all in” RVM model, with a benefit to cost ratio that was “more than twice as good.”

The report found DDRS “does not require as many costly RVMs and their associated costs, such as retailer operation (labour), maintenance and value of retailer floor space (rental and opportunity cost).

“The main tonnage of materials will be collected at the kerbside as part of existing local authority kerbside collection of recyclate, thus saving scheme infrastructure costs of a large number of RVMs.”

It also claimed introducing a DDRS system would mean there was no need for the introduction of expensive bulking and counting centres currently planned by the government, which would be required under a conventional system to minimise fraud.

Although it acknowledged the IT systems required for a digital system capable of handling “billions” of unique container information codes and millions of app users would carry additional costs, it said the cost savings were still huge and such a system would mean the technology was “future-proofed”.

“We believe this research is an important contribution to the debate about implementation of a DRS and congratulate Resource Futures on a robust exercise which involved high levels of industry engagement on providing data and insight,” said Digital DRS Industry Working Group spokesman Eric Randall.

“The Working Group recognises there is more work to be done on the feasibility of DDRS, but the opportunity is clearly there. The significance of the potential high financial savings is notable, and we call on government to support industry in delivering the next stages of technical and social research needed.

“As importantly, we ask government to ensure the mechanics of implementation of DRS currently under development are future-proofed and do not exclude the potential for introduction of a DDRS as a delivery mode for government’s policy objectives. In particular, we ask for consideration in the drafting of regulations that will come forward as part of the implementation of the environment bill and that the procurement and tendering process for the deposit management organisation also does not exclude the ability to deliver utilising a DDRS.”

The report comes with DDRS pioneers CryptoCycle announcing a new trial of the technology in Dublin, in partnership with the Irish Waste Management Association (IWMA), which will run for a month from July.

However, whilst retailers and trade bodies have called on the government to reconsider its plans, campaign groups have urged ministers to press ahead with the plans for DRS.

A survey by the Marine Conservation Society this week showed “strong continued public support” for the plans, with 77% of adults in England and 72% in Wales in support.

“Apart from the progress in Scotland, the other UK governments have offered nothing but empty promises since 2017 and it’s high time there were firm commitments and frameworks put in place,” said Dr Laura Foster, head of clean seas at the Society.

Ministers in Scotland are due to announce when its plans for a DRS will go ahead, having launched a review into the practicality of its already-postponed start date of July 2022 due to the Covid pandemic.