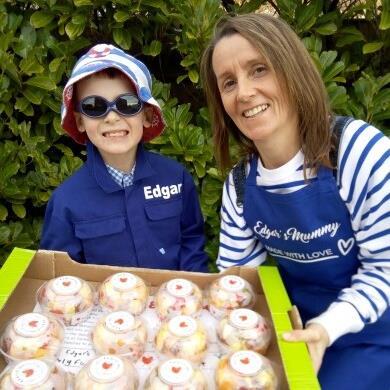 A seven-year-old has landed a deal with Booths to sell his own brand of fruit snack pots after writing to the supermarket director himself.

Edgar Johnson became Booths’ youngest supplier after striking a partnership with the chain’s Burscough and Hesketh Bank branches in Lancashire. At the age of six, Edgar wrote a letter to Booths director, Graham Booth, to ask for advice as he believed his mother Jane’s fruit salad recipe should be sold in supermarkets.

“It all came from Edgar, he thought the salad was so good it was worth sharing and he designed the logo himself. We started packaging it up for local bake sales and farmer’s markets and it just took off,” Jane Johnson said.

Booths then put Edgar in touch with fresh produce buyer David Morris, who was impressed with the youngster’s “initiative and entrepreneurial spirit”. After a successful business pitch, the family landed a deal to supply the healthy fruit pot brand, called ‘Family Fruit’, to their local Booths stores.

“Having a healthy nutritious product marketed by a child seemed a good turn of the tables and something we might try to sell in our stores,” he added.

Edgar and Jane also got the chance to embark on a virtual tour of Booths’ manufacturing facilities to better learn about the process of making and retailing fruit pots. The family’s product is set to become available at the Burscough and Hesketh Bank Booths stores from Friday 28 May.

“Anything that encourages children to eat more healthily and encourages an interest in selling top quality food and drink gets a thumbs up from Booths,” Morris said.