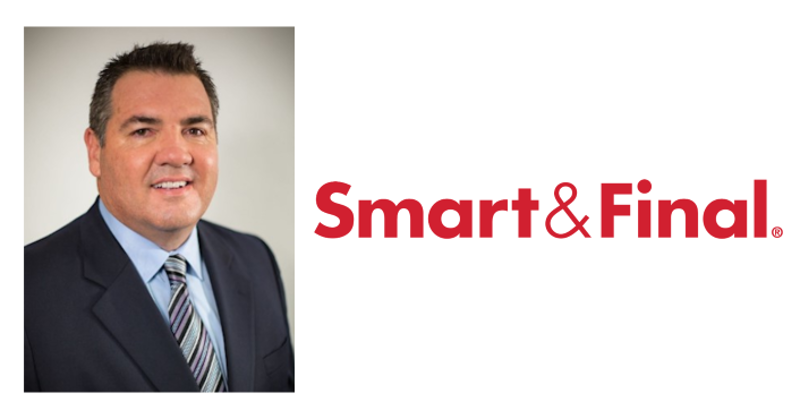 The leadership shift comes around eight months after Smart & Final announced that it would be acquired by Bodega Latina, owner of the El Super and Fiesta Mart chains, from private-equity firm Apollo Global Management for $620 million. Bodega Latina on Dec. 17 also announced that it is changing its name to Chedraui USA, reflecting the name of its Mexico-based publicly traded parent company Grupo Comercial Chedraui.

In a news release about the executive changes, Smart & Final noted that Drew has served with the company since 2010 and was named to his current role of COO in June 2020. Previously a VP of store operations for Kroger Co. in Indianapolis, Drew has almost 45 years of experience in the grocery industry, Smart & Final stated.

Hirz, who joined Smart & Final as president and COO in 2010, was promoted to CEO of the company in 2012. In 2015, he was named the University of Southern California’s Food Industry Executive of the Year. He previously was president of Kroger-owned Ralphs and Food 4 Less.

“The grocery industry has changed completely since I joined Smart & Final almost 12 years ago, and it’s a testament to our leadership team and our amazing associates that we have weathered these changes and become the strong brand that we are today,” Hirz said in the release. “Scott is a remarkable leader, and I’m delighted to be leaving Smart & Final in his hands.”

Back in May, when Smart & Final’s sale to Bodega Latina was announced, Bodega Latina Corp. President and CEO Carlos Smith praised the concept’s differentiated positioning and record of profitability. “Smart & Final, with a unique go-to-market and operating strategy, is an attractive fit that is aligned with our business strategy in the U.S., utilizing differentiated formats to focus on growing but underserved markets,” Smith said at the time.