While the widespread impacts COVID-19 has provided many challenges for a Victorian table grape grower over the past 12 months, he is still expecting an average crop for this season.

Guiseppe Cua from RJN Cua says production levels are similar to previous seasons, with no major events to report and weather for the harvest period has been favourable, after some early challenges.

“Compared to other seasons, crop levels are about average,” he said. “Growing conditions have been trying, especially in Victoria as we strongly believe we didn’t get enough sunshine degree days therefore fruit didn’t flush as well as it should. But on a plus side the weather throughout harvest has been dry and no early morning fog as of yet.” 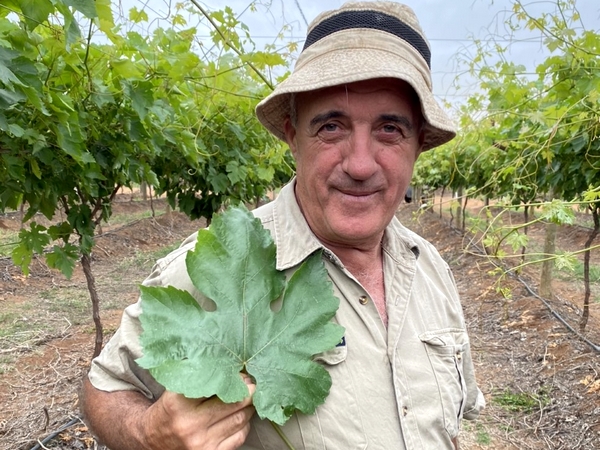 He added that the two main challenges he has faced during the pandemic are the struggle to find labour and trying to navigate logistics in countries where politics play a big role in the economy.

“We export about 75 per cent of our crop to markets throughout Asia, the remainder is marketed through Australian Supermarkets and wholesale markets,” Mr Cua said. “We supply both domestically and internationally with a focus more on export supplying a wide range of countries. Last year had an impact on sales, given the lack of activity in overseas markets and this has continued on this season with returns being less than other years, also labour continues to be an issue with the lack of overseas workers available and whilst the government has assisted as best it can, I believe the solution is for growers to source workers themselves through programmes such as the Seasonal Workers Programme.” 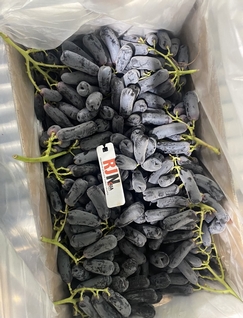 Mr Cua says the demand for Australian grapes is growing with some great new varieties on the rise, and there is expanding the potential for his grapes as the export markets are aware of the quality.

“Personally I think Australian grapes have the best flavour in the world and can produce some outstanding quality,” he said. “We grow over 15 different varieties, IP varieties including Sun world, Sheehan, UTUM, Polar, IFG, Ralli and ARRA. Up to recently, it has been mainly Thompson and Crimson but lately, there has been a big change to new I.P. varieties so we believe there is going to be a big swing towards these. I believe there are some great breeding programs out there which are so exciting for the future of the table grape industry.”

RJN was established by Guiseppe’s parents Reg and Nicolina Cua in 1973, and he says it is now a proud family owned and operated business based in Sunraysia, North West Victoria.

“The sun-soaked region ranks amongst one of the leading table grape and fresh fruit growing areas Australia wide,” Guiseppe Cua said. “RJN Cua has expanded into the northern Australia region, growing quality fresh table grapes in Mundubbera, Queensland, which enables us to commences harvest two months earlier than the traditional areas in Australia.” 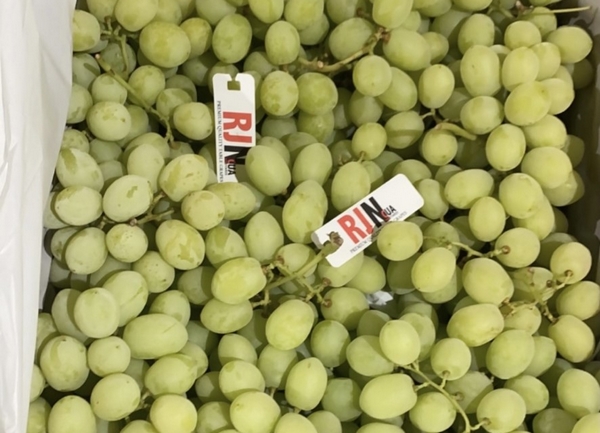 Also with COVID, Mr Cua says it has been impossible to travel overseas which makes it hard to connect with new markets and meet with potential clients, but it has allowed the family more time together and building relationships, which he explains has been an important part of the business success.

“While spending nine months in Mundubbera, Queensland without being able to come home to Mildura, VIC I was fortunate enough to spend some quality time with my father Reg and learnt so much about growing grapes and life, which I will treasure forever, I also got to meet some fantastic people and made some great friends that will last a lifetime. Lucky enough to work and learn off my father Reg Cua, my brother Frank Cua and the rest of the RJN Cua team we are focused on satisfying customer demands by producing and supplying the newest and highest quality fresh table grapes farming 1200 acres with 650 being table grapes.”