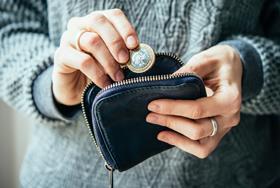 It would be quite wrong to describe today as the start of a supermarket price war.

As suppliers have the scars to show, we’ve pretty much been in the thick of one for the past two years, despite the inflationary pressures on costs that have reached new levels since the outbreak of hostilities in Ukraine.

However, things have certainly started hotting up as Asda and Morrisons unleash their spring offensives against a backdrop of fears over the soaring cost of living.

Both retailers have been struggling in the top four battle of late, and both have new owners trying to put their stamp on their businesses. So it was intriguing they chose the same day to announce their plans, perhaps with an eye on the latest Kantar figures due out tomorrow.

Morrisons revealed what it claims is “one of the biggest price cuts in recent years” with the prices of more than 500 products reduced by an average of 13%.

Perhaps the investment required for this explains more about why Morrisons released a warning about the impact of inflation and the war in Ukraine on its profits earlier this month.

Frankly, it has been clear for some time that Morrisons and its new CD&R backers will have to spend big to compete against the likes of Tesco and the discounters. So today’s news, which includes cuts to a quarter of its 235 entry-level products such as Morrisons Savers lines, is long overdue.

Quite what suppliers will make of a new wave of price cuts is, of course, another matter. Not least because Morrisons’ new ‘Compare and Save’ campaign will show customers just how much they can save by eschewing those pricey branded products and choosing own label instead.

Morrisons is promising to throw a heavyweight ad campaign behind the price cuts and will run a Morrisons Savers event in the seasonal aisle until 8 May. But it is going to take more than a two-week blitz to turn things around, especially when you look at what the likes of Tesco and Sainsbury’s have been doing to improve their EDLP price credentials in the past two years.

The sad fact for Morrisons is that many price-sensitive customers will have moved on long ago because food has been so much cheaper elsewhere. This new strategy suggests its owners are determined to change that perception, but they will certainly have a battle on their hands.

Meanwhile, over at Asda House, the Issa bothers have not even waited for the recently revealed Just Essentials budget line to start hitting shelves, before announcing they are investing a further £75m on price cuts across more than 100 products.

They’ve also come up with new strapline, ‘Dropped and Locked’, which at least rolls off the tongue better than its previous ‘Rollback then stay back’ mantra, even if it might leave Asda shoppers wondering what precisely happened to that promise.

It’s also a clear admission that Asda will have to do a lot more than replace its tired Smart Price range to achieve the brothers’ ambition of regaining its number two spot to Tesco.

Still, despite the challenges that lie ahead for both retailers, it’s good to see them gearing up for a fight. Not just against their rivals, but against the cost of living crisis threatening to plunge millions of households into poverty.

And with the latest ONS figure showing food store sales volumes fell by 1.1%, a downward trend that has now been going on since November last year, it is surely only a matter of time before today’s moves from Asda and Morrisons are followed by other supermarket price offensives.

Including some with even bigger arsenals at their disposal which will no doubt, to misquote the Issas, already be locked and loaded.

With so much on the line, the price war looks set to roll on and on.