US avocados and grapefruits seized at border due to contaminants Several large shipments of avocados, grapefruit and apples from the US were recently seized at Taiwan’s border after being found to contain excessive levels of pesticides and other contaminants. The American fruits were among 20 products listed in this week’s FDA report on imported shipments confiscated for food safety violations.

A shipment of 2.2 tons of American avocados imported by Costco Taiwan was seized after the testing of samples on April 2 found them to contain the heavy metal cadmium at a concentration of 7.2 times the legal limit. The FDA also reported that separate shipments of 20.8 tons of Florida grapefruit and 23.7 tons of US apples were confiscated for excessive fungicide residues. 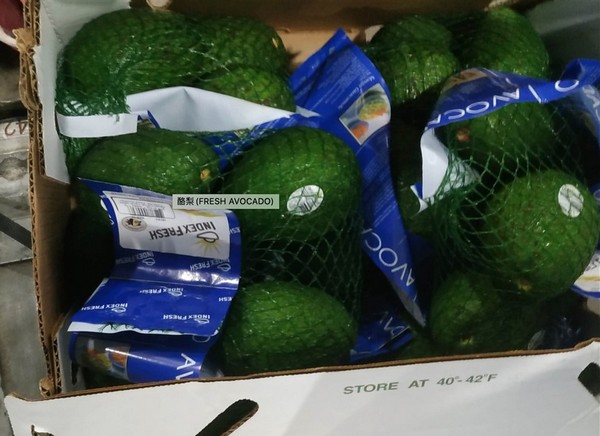 Among other reported violations, a 10.19 ton shipment of fresh grapes from India was found to contain the insecticide fipronil at a concentration of 11 times the legal limit, as well as 0.02 ppm of the prohibited insecticide cyantraniliprole.

From China, shipments of 19.59 tons of red dates, 24.9 tons of dried green mung beans and 25 tons of fresh pumpkin were seized for overly-high concentrations of various fungicides, the FDA said.

According to focustaiwan.tw¸ the seized products were either returned to their country of origin or destroyed.