Use the Shopper’s Language or Get Left Behind 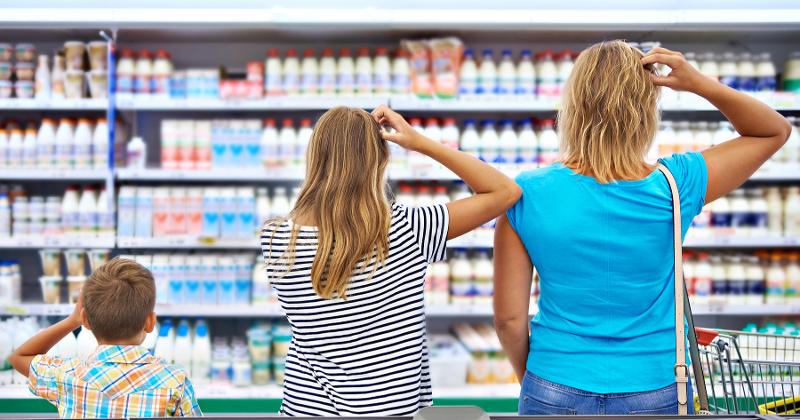 “Let’s promote top fruit,” says my apple buyer. The year is 2001, and I am in my first fruit buying meeting as the head of buying for a top-four U.K. supermarket.

“What’s top fruit?” I reply without a clue what he’s talking about. With a “duh” tone, my buyer hits back, “Apples and oranges.” After a few seconds sitting back in my chair, I ask, “Why’s it called that?” The group look at each other as if to say no one has ever asked that. The junior finally pipes up, “Because it’s grown at the top of the tree.” And everyone nods, because they really have no clue. But that was the best, and only answer they had. Tragic.

A 1 billion-pound fruit buying team used this and many, many more terms that the shopper had never heard of. Not business jargon: There was plenty of that. This was “industry language.” Language they were using on a daily basis, regularly, and not realizing it—and not realizing that the reason they were using it was because it acted as a buffer to cover the gaps in either how we had failed to educate the shopper, and/or because the language the shopper was using we didn’t know.

Take the wine category, for instance, with all its pomp and hierarchy. You had to know your regions from your grapes, your countries from your vintages. What did creating this fog of understanding create? Shoppers had and have no clue, so they buy what’s on sale because they figure, “Well, it should be pretty good.”

The more that people within the industry use terms that the shopper does not use, the further the distance between how they offer the category to their shopper, and how much the shopper wants to buy from it.

If we can offer the shopper a category they understand, they’ll buy more. In how we communicate on packages, to how we group the products, to how we merchandise the category in-store, how we promote it, and right down to the instructions we use for preparing the product. Have you ever flipped over a ready-made meal and frustration has set in because the instructions to cook were buried in between the nutritional information, something about the brand and an offer?

The first step toward striving to offer the shopper “their” category is to recognize the industry language that we use internally. Between suppliers and the retailer, in-store, and “out-in-the field,” for produce. The shopper has no idea what pressures mean on fruit. However, they do know that subconsciously they squeeze fruit before they buy it.

This brings us to the second step.

Cooked meats is a sea of pink on the shelf. We noticed that our client was using the term “four by four” to describe a pink pack that sold very well. When we asked them why, they told us that it was because it is four inches by four inches.

Can you imagine a shopper writing that on their shopping list? “I must get some of that four-by-four ham.” Not a chance. The supplier investigated. The shoppers call it “sandwich ham—the one for the kids and their sandwiches.” They changed the name to “Sandwich ham” on the package. The shopper found it more easily, and sales increased by 8%.

The first step is to recognize that the industry language we use is a coping mechanism. A crutch. A buffer for something else. And it could be an opportunity. The second step is to ask the shopper what language they use instead.

The third step is to make package, fixture or point-of sale changes. Track the performance, and ask the shoppers again and again until it is how they speak.

By creating categories that communicate in the language of the shopper, you will create categories that are easier to shop and then sell more. The way to beat the competition can be price, but it is more profitable if you do it by speaking the shopper’s language.

Darren A. Smith is the founder and chief meaning officer of Making Business Matter, a soft-skills training provider to retailers and manufacturers in the U.K.