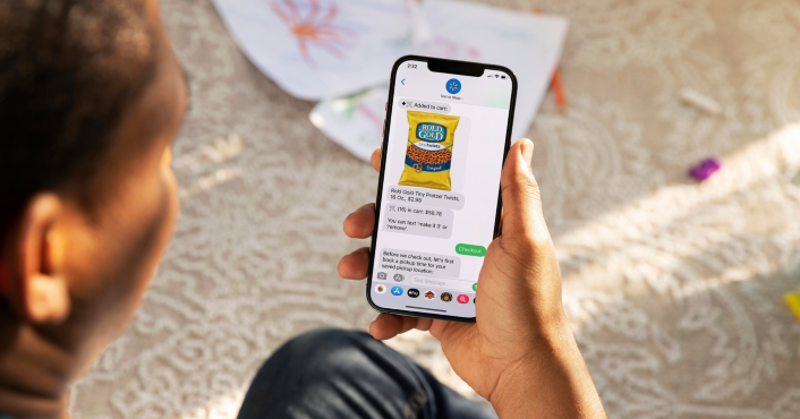 Walmart Inc. is digging into its data treasure trove of 150 million online and in-store customer visits per week with two new, get-them-what-they-want-faster services, one built for merchants and suppliers and the other for consumers.

The first, Walmart Luminate, is a suite of data products built for Walmart’s internal merchants and outside vendors with the help of Dunnhumby, which worked with Kroger to develop the Cincinnati-based retailer’s two-year-old 84.51° data and media company.

According to the website for the soon-to-formally debut offering, Walmart Luminate’s primary end users will be Walmart merchandising, account, and brand/shopper marketing teams, which will use the data and insights generated for category reviews, assortment optimization and planning across channels. Merchants and suppliers will have the same view of data surrounding, for example, seasonal promotions, packaging redesigns, line extensions and distribution changes that may affect a brand’s performance across Walmart’s sales channels. Users will also be able to survey customers about what drove their purchase decisions, according to Walmart.

Walmart Luminate “gives U.S.-based merchants and suppliers unprecedented access to rich, aggregated customer insights”—generated from 2 billion baskets per quarter—”that enable smarter, faster decision-making,” according to the Bentonville, Ark.-based retailer. The new product suite “combines the what, why and where to show you what’s next,” Walmart says. Walmart Luminate’s launch was first reported Wednesday by AdWeek.

See also: How Walmart is Using AI to Give Customers What They Really Want

Separately, Walmart announced on Thursday that it’s beta-testing Walmart Text to Shop, which will let customers voice-text Walmart their shopping list, in select markets. While details of the in-trial offering were minimal, Dominique Essig, VP of conversational commerce for Walmart’s Store No. 8 incubation arm, said that Store No. 8 and Walmart’s Global Tech team are “learning a lot about when and how customers prefer a conversational experience, and we look forward to making this more widely available in the future.”

Added Essig: “By understanding our customers’ preferences, we also solve the paradox of choice and save them time by serving up what we know they love best. Most importantly, we offer Walmart customers the opportunity to shop no matter where they are, and to communicate naturally by simply asking for what they want, any way they want.”

Removing friction from the shopping experience—in store or online—has been a key theme this year for Walmart, which stated in February its aim to earn “primary destination status” with customers. And while the retailer’s attention to removing some of the busywork of, especially, online shopping—hunting down a preferred flavor or package size, for example—isn’t new, the back-end investment in AI and other data-analytics capabilities as well as in automation technologies to speed order fulfillment has accelerated.

That’s in tandem with the acceleration within customers’ own lives, Essig suggested. “Let’s face it,” she wrote. “We’ll never stop trying to do a million things at once. Our hope is that conversational commerce can help ease the stress of the never-ending to-do list.”