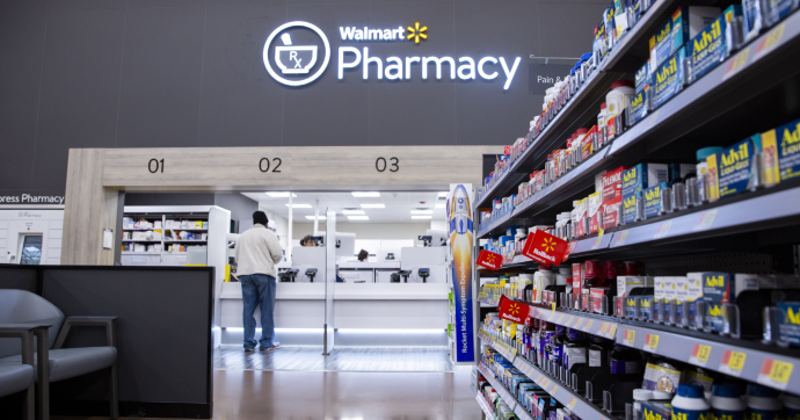 The Walmart+ membership program, launched in September, may not be Walmart’s top priority right now—Walmart President and CEO Doug McMillon said as much last month. But the retailer is following through on its stated plans to continue rolling out new Walmart+ perks meant to entice new members and retain existing ones.

The latest is Walmart+ Rx for Less, which promises access to select commonly prescribed medications at no cost for Walmart+ members and member savings of up to 85% on other prescription drugs. “When you consider the frequency with which many prescriptions are filled, the importance of medication adherence and the ease of multiple fulfillment options, we can make it easier for someone to manage their medical conditions,” said Walmart U.S. Executive VP of Health and Wellness Cheryl Pegus in a news release.

San Diego-based pharmacy benefit management company MedImpact is administering the Rx for Less program. Walmart+ members can present their pharmacy savings card along with a valid prescription at any Walmart Pharmacy location to get Rx for Less pricing rather than using any insurance prescription benefits they might have. A Walmart+ membership costs $98 a year after a 14-day free trial.

Walmart rival Amazon in November debuted a prescriptions savings program for Amazon Prime members as part of the launch of Amazon Pharmacy. Prime members who pay for medications without insurance can save up to 80% off generic and 40% off brand-name medications both through Amazon Pharmacy (with unlimited two-day delivery for Prime members) and at more than 50,000 participating pharmacies, the e-tailer touted in announcing the program.

The Rx for Less program is the newest in a series of moves Walmart has made in the past year to expand its presence in the healthcare space. In May, Walmart Health agreed to acquire telehealth provider MeMD, with plans for Walmart Health to offer primary, urgent and behavioral care services virtually across the country. Walmart currently operates more than 4,700 Walmart Pharmacy locations in the U.S. and 20 Walmart Health clinics in Illinois, Georgia and Arizona, with plans to open multiple locations in Florida by the end of the year.

“We know we can use our size and scale to help simplify things for our customers in a way only we can,” Walmart U.S. Chief Customer Officer and EVP Janey Whiteside said in the Rx for Less announcement.