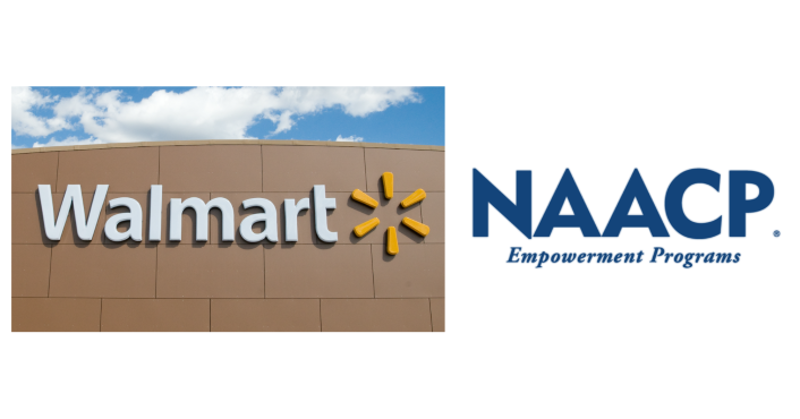 Photographs courtesy of Walmart and the NAACP

Walmart and the NAACP have partnered on a new scholarship program that looks to help formerly incarcerated individuals continue their education as they reenter society.

The Empowering a Better Tomorrow program, sponsored by Walmart, will award 20 recipients a $5,000 scholarship to support them in obtaining additional education or trade skills as a means of gaining employment and building a career. Eligible individuals include those who were previously incarcerated as well as those who were recently convicted and have completed their sentence.

The initiative is part of Walmart’s broader effort to drive change in the U.S. criminal-justice system, Walmart’s Jelahn Stewart and Regine Moore wrote in a blog post for the Bentonville, Ark.-based retailer. “Our aspiration is to reduce bias, incarceration and recidivism by using our scale, influence and access to stakeholders to drive long-lasting racial equity in the criminal-justice system,” Stewart and Moore wrote.

Stewart, VP of global ethics and compliance for Walmart, and Moore, the company’s director of constituent relations, cited data from the American Civil Liberties Union and the Prison Policy Initiative indicating that 75% of those returning to society from incarceration are unemployed a year after being released. A lack of support systems to help the formerly incarcerated successfully reenter communities contributes to both long-term unemployment and a cycling in and out of the criminal-justice system, they noted.

“There are tall barriers to creating new pathways for formerly incarcerated citizens,” wrote Stewart and Moore. “While learning a new trade or obtaining a college degree are strong enablers to success, the cost can often be out of reach.”

Walmart and the NAACP’s returning-citizens scholarships, which will be awarded to eligible individuals who have “exhibited qualities of leadership, commitment to change and a desire to give back to their community,” seek to help lighten that financial load—in particular for Black Americans, who account for 13% of the U.S. population but make up 40% of the country’s incarcerated population, according to the Northampton, Mass.-based Prison Policy Initiative.

Working to support better outcomes for the formerly incarcerated “will not just benefit returning citizens, but society as a whole,” Stewart and Moore wrote—including the families of affected individuals and the communities nationwide that Walmart serves.