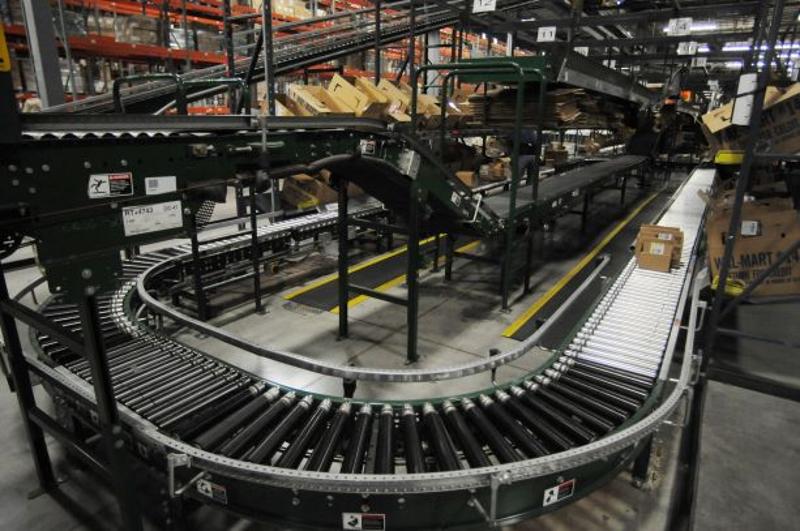 Walmart will implement robotics technology from Wilmington, Mass.-based Symbotic in most of its regional distribution centers (RDCs) in a bid to “fundamentally alter how products get to stores,” the Bentonville, Ark.-based retailer announced July 14.

The new system uses high-speed robots to sort, store and retrieve products at regional warehouses—automating a previously manual process—and to load customized, store-ready and aisle-ready pallets to make unloading and stocking more efficient when product gets to Walmart stores, the retailer stated.

Symbotic’s automation system will be incorporated into 25 of Walmart’s 42 RDCs, according to a company blog post from Joe Metzger, EVP of supply-chain operations for Walmart U.S. This widescale deployment follows testing and tweaking of Symbotic automation technologies in Walmart’s Brooksville, Fla., distribution center since 2017, Metzger noted.

The Walmart-tailored automation system operates “with a precision that speeds the intake process and increases the accuracy of freight being stored for future orders,” Metzger wrote. And because it decreases the need for warehouse workers and associates to handle freight, the system eliminates the “human game of Tetris for transit” and reduces the literal heavy lifting for Walmart team members, he added.

“This first-of-its-kind tech, when applied at our scale, is revolutionary because it gets products onto shelves for our customers even faster while saving time for our associates,” wrote Metzger.

Back in February, Walmart President and CEO Doug McMillon noted that Walmart was planning to spend nearly $14 billion in fiscal 2022 to rev up its automation initiatives and make supply-chain operations more efficient. “Speed matters,” McMillon told investors, saying that a more nimble, faster-moving Walmart felt “emboldened” and was ready to invest more aggressively in capacity and automation.”

Getting product unloaded, into backrooms and onto store shelves (rather than landing, still boxed, in the middle of store aisles) is a top priority for Walmart as it seeks to earn what McMillon has called “primary destination status” with customers who want to shop both in stores and online. A satisfying in-store experience depends not only on adequate inventory levels and easy-to-navigate departments but also having associates who are able and available to help customers, Metzger and other Walmart leaders have noted.