“We had difficulties selling the merchandise at reasonable prices” Med’Essor, which is based on the MIN of Rungis, is currently finishing the campaign of Maltese oranges from Tunisia and citrus fruit from Spain. The company is slowly beginning the Moroccan melon campaign. “We are currently between two seasons and we’re expecting the summer fruit. It is the end of the citrus and winter fruit, and the cold spell will slow down the production.”

Complicated season for the Maltese oranges from Tunisia
The Maltese orange campaign started with large quantities, but the market was affected by prices that were quite low. “There was a drop in prices in February because of the lower demand and the strong competition from all the other origins present on the market, especially Morocco, Spain, Portugal and Greece. So we had difficulties selling the merchandise at reasonable prices. The two weeks following the school holidays in February were complicated but then, sales went smoothly,” explains Mourad Ben Salem, manager of the company. 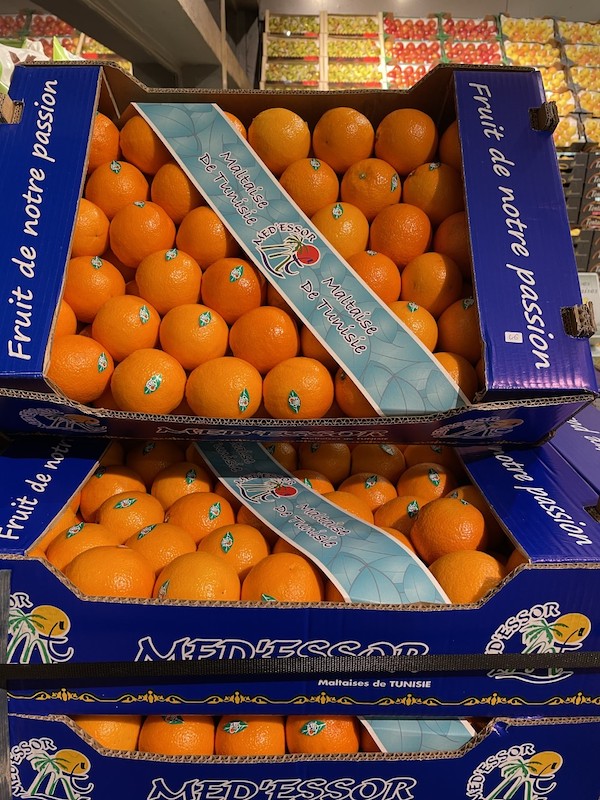 Lower volumes compensated by higher prices
According to Mourad Ben Salem, sales over the Easter weekend were quite good in spite of the low quantities. “There is very little merchandise. We observe some demand but only because of the lack of merchandise.”

“Generally speaking, we sell smaller quantities, but the revenue is identical to last year, or even more because of the higher prices. We’ve lost most restaurants, but we still have the ones that deliver and consumption habits have changed. Our clients have changed, prices have increased and quantities have decreased, so in the end, we manage.”