With inflation, strikes and Omicron, will Christmas really be better than last year? | Comment & Opinion 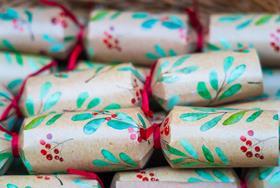 With Christmas fast approaching, tis officially the season to be jolly. But was PM Boris Johnson right to be “pretty to absolutely confident” that this Christmas is “going to be better” than last year?

It wasn’t exactly a high bar to set. Christmas 2020 was, after all, hardly one big party for those of us outside No 10. But Christmas 2021 isn’t shaping up to be a cracker, either.

For a start, Christmas dinner is going to be more expensive this year. The Grocer revealed last week that prices for some turkey lines in the mults were up by as much as a third – and analysis published by Kantar yesterday suggested the average cost of a Christmas meal for four is now £27.48, an increase of 3.4% on last year.

Frozen turkey prices are up 7% on average, Kantar found (while other sources suggest it’s 12%), while average prices for other some other staples like brussels sprouts (+5%) and Christmas pudding (+5%) have risen.

Our Christmas edition of the Grocer 33, which will be published later this week, also shows inflation on a number of festive favourites. Among the products more expensive in our basket than last year are a 700ml bottle of Baileys (+3%), a 250ml pot of own-label premium brandy cream (+9%), a 220g jar of own-label cranberry sauce (+12%), a whole own-label stilton (+7%) and a six-pack of mini Christmas crackers (+13%). A whole frozen turkey was up 15% year on year, our analysis shows, while a whole gammon joint was 4% pricier on average.

Across the board, grocery prices are up 3.2% in the latest four weeks, according to Kantar, which is the highest rate of inflation recorded since June 2020. And our Christmas 33 will show a similar increase.

But with latest reports suggesting the government might re-introduce Covid restrictions ahead of Christmas to tackle the spread of Omicron, it’s hard to predict what’s going to happen to festive spend.

To add to the uncertainty, Asda workers have joined those at rival Tesco in threatening strike action. Thankfully for Asda, GMB’s official ballot for industrial action is unlikely to take place until the new year, removing the potential for disruption during the festive period.

Planned pre-Christmas strikes at Tesco distribution centres in Antrim, Belfast, Didcot and Doncaster have also been suspended today following talks between the retailer and Unite. If the deal is rejected by members then fresh strike action could yet be announced, but Unite said that was unlikely to be before January 2022.

Tesco has also confirmed it will reopen talks with Usdaw members employed at its distribution centres, who are scheduled to strike from 20 December until Christmas Eve across nine sites.

Suppliers, meanwhile, are still battling with rising cost pressures. As one senior poultry sector source told The Grocer last week, it’s “economically unviable” for some businesses to keep operating in the way they were forced to this year.

All in all, then, it’s looking likely that Christmas 2021 won’t be the return to normality we were all craving, even if it does turn out marginally better than Christmas 2020.

Still, if we’ve learnt anything during this pandemic, it’s that UK supermarkets, and their customers, are a resilient bunch. Plus, as if it doesn’t need spelling out again, it’s better to be in grocery than foodservice: sales in grocery are up 7% in the latest 12-week Kantar read to 28 November, versus two years ago.

And with initial studies suggesting Covid booster shots are proving “remarkably effective”, here’s hoping that the cornucopia of optimistic supermarket Christmas ads – vowing that ‘this year nothing’s stopping us’ from having a good time, and that a proper, sociable, Christmas is ‘back at last’ – won’t come back to bite us.