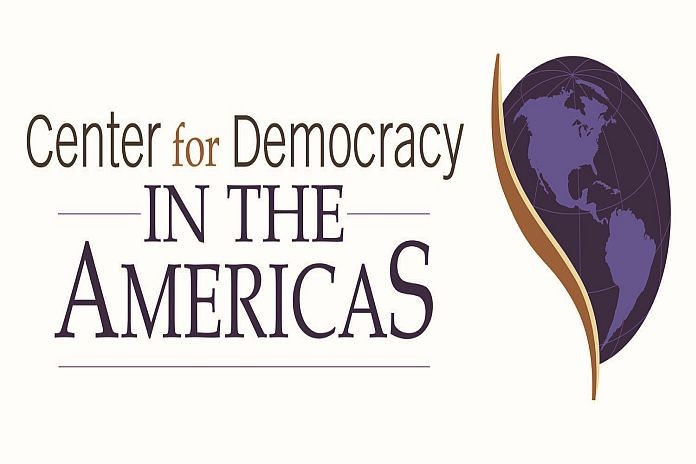 The letter asks the Biden-Harris administration to suspend US regulations that prevent food, medicine, and other humanitarian assistance from reaching the Cuban people, to remove all restrictions on family and non-family remittances, and to fully re-staff the US Embassy in Havana, with the necessary measures to ensure the safety of US personnel and resume consular services in Cuba.

Additionally, members are asking president Biden to roll back the Trump administration’s measures that restrict travel to Cuba, since they make it more difficult for Cuban-Americans to visit and reunite with family on the island, particularly for those with families outside of Havana, and limit mutually beneficial dialogue between the US and Cuban people. They also urge the Administration to remove Cuba from the State Sponsor of Terrorism (SSOT) list, as this designation places another roadblock in the path towards improved relations and creates further obstacles to purchasing or receiving humanitarian goods.

The effort by a broad range of civil society actors has been crucial to expanding support for normalization and engagement efforts on the hill. Organizations and networks such as WOLA, CDA, LAWG, the ACERE alliance, Massachusetts Peace Action, the Fund for Reconciliation and Development, Cuban-American groups such as Cuban-Americans for Engagement (CAFE), and faith-based groups, including the Presbyterian Church Office of Public Witness, among many others, have conducted outreach to members of Congress to provide key information that demonstrates the value of re-establishing a US policy towards Cuba based on engagement. The considerable support for these policy suggestions is significant because it demonstrates a commitment to improve US policy despite clear inaction by the Biden-Harris administration.

“Hitting pause on the Cuba policy review in the name of democracy and human rights is not achieving either. On the contrary, it is prolonging the suffering of the Cuban people when it is clear that there are ample opportunities to improve the situation on the island by breaking the inertia and acting constructively.”

“Strong and principled diplomacy and engagement with Cuba will allow the United States and Cuba to move forward on many pressing issues, including improving respect for human rights,” said Lisa Haugaard, co-director of the Latin America Working Group. “Ever-increasing sanctions leaves us all in the same, stuck place we’ve been for the last half-century – and hurts the Cuban people just as they face devastation from the global pandemic.”

Jorge Quintana, executive director of the Center for Democracy in the Americas, stated:

“US policies of engagement have demonstrated clear results, while policies of hostility and tougher sanctions have only served to fuel crackdowns and aggravate hardship for ordinary Cubans. The Biden-Harris administration can perpetuate a sixty-year failed policy that does nothing but preserve the status quo or it can follow the recommendations in this letter to truly stand with the Cuban people.”

The letter is available here.