“I’m getting news that some of you would like to throw graduation parties,” warned Vincenzo De Luca, the President of Campania, a small commune in southern Italy. “We will send the police over. With flamethrowers.”

“Where are you going with these dogs with inflamed prostates?” fumed Massimiliano Presciutti, the mayor of the ancient town of Gualdo Tadino. In a fiery video address, he termed the proud pet-owning pedestrians “irresponsible idiots,” yelling, just in case they were hard of hearing and did not understand, “You need to stay at home! People are dying, don’t you get it?”

The mayor of Reggio Calabria, a large southern area, Giuseppe Falcomatà, advised a walker with an exhausted dog, “You are not Will Smith in ‘I Am Legend.’ Go home now!”

Not wanting to stand out for profanities, his glasses or his beard, Asti’s desperate mayor, among the country’s 8,000 or so municipal leaders, took off the monocles and all his hair, to go undercover, wearing a mask and a cap, to inspect supermarkets for the illegal sale of inessential products.

Reports did not say whether the city’s famous Spumante, the sparkling white wine that is sweet and low in alcohol, with hints of acacia flowers, wisteria, peach and apricot, was deemed a compulsory drink, critical to life, limb and love.

In Messina, the Sicilian town across the straits from the mainland, his counterpart, Cateno De Luca went a bit further on public camera, after thousands of stricken patients died, screaming at the street strollers, “I’ll catch you tomorrow! Not in years. Tomorrow!”

“I’m the mayor!” he declared. “You won’t stroll in my town! I can’t formally ban you from leaving your house?  Nice. I will ban you from stepping on public soil, if not for proven necessities.” Attempting to stop unauthorized visitors from coming to Sicily, De Luca even required people to register in a database 48 hours before arrival.

Under force of law

I thought of the tough Italian mayors and the memorable viral video compilation of their insults, as I listened to the prime minister of Trinidad and Tobago, Dr Keith Rowley gravely announce a State of Emergency (SOE) with a 9 p.m. to 5 a.m. curfew, following months of warning, upbraiding and updating.

At his latest media conference on Saturday afternoon, he apologised. “I’m sorry that it has come to coffins and faces of dead people for us to realise that we are in and always have been in a very difficult place. Before we were only dealing with numbers, but I think the population is at the stage now, where the numbers are being seen to be of people even known to you” and “to all of us.”

“If you don’t have to be out for exempted reasons, stay home under the force of law,” he advised. But by the next evening, as some tried to bypass the restrictions with characteristic insouciance, the government clamped down further with a detailed ban, including on all outdoor exercise and sports in public places, the operation of any sports club, and visits to recreational places whether for drinking alcohol or sightseeing mud volcanoes.

Terming the escalation “frightening” the prime minister pointed to the peak daily deaths of almost one person an hour, repeating if that figure is allowed to multiply, “very soon we will be happy when it is only 21 (deaths per day).”

On Tuesday last, Trinidad and Tobago COVID-19 fatality toll crossed the 300-mark with a record 23 persons, and over 600 new cases reflecting samples taken from May 13-16, which has been the deadliest period to date. By last night, officials reported another 500 confirmed cases of the virus and 14 more deaths as the country’s parallel health system struggled to cope.

“This is the time to take it serious, take it personal, take it home,” Dr Rowley advised. Known for his pithy one-liners, the Trinidad and Tobago leader cautioned that citizens should avoid rushing to supermarkets to be in a crowd “trying to get the last tin of salmon or whatever” because “We don’t want to be fed and dead.”

A long-time fan of calypso and local language, he reverted to likening the virus to the related reference by the singer Brother Mudada in “Pandemic,” who pointed out, “De thing ain’t care bout nobody.” Yet the proper English equivalent, of ‘COVID-19 does not discriminate,’ hardly has the same colourful Caribbean ring.

The other calypsonian, “Devon Seales has come to my aid to appeal to you when he says in his calypso ‘Don’t jackass de thing,’” Dr Rowley proclaimed in an unforgettable allusion, to get the message across in four words. It swiftly drew condemnation from critics, among them the Opposition leader, for being unparliamentary language, unbecoming of a leader in a national crisis.

“I know you like calypso like I know it. The calypsonians have spoken, not just the prime minister. We are in serious difficulty,” Dr Rowley had concluded. 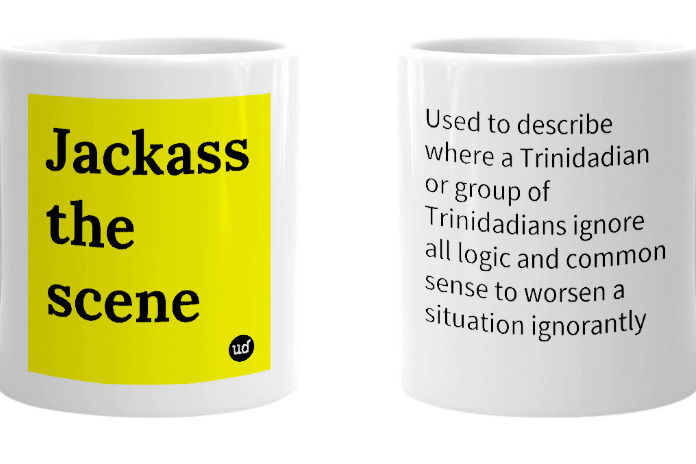 Composed by Christopher Grant a week ago and hastily released as a video days ago, the composition “Doh (Don’t) jackass the scene” emerged from social media’s scathing condemnation of uncaring Trinidadians, who chose to ignore or flout pandemic regulations, starting last year.

Online searches for the distinct phrase and song soared following the prime ministers’ usage, but it was initially only available through a Whatsapp message, media reports said.

In lax Guyana, it is ironic and incredible that despite being able to seal a lucky deal for 600,000 more coveted COVID-19 vaccines, supposedly enough to reach the elusive goal of herd immunity, the authorities are still challenged to convince our “refuseniks,” “anti-vaxxers” and hardened sceptics to come forward for inoculation.

Guyana’s exasperated health minister, Dr Frank Anthony told Stabroek News, that some men have expressed fears that the vaccine would affect their virility.

He lamented the lies and “vicious rumours being spread that maybe the vaccine might have an effect on sex drive,” with some Guyanese men erroneously and seriously worried “it could make them impotent.”

As daily deaths and cases rise, we would all do well to heed the cautionary tales from many affected nations – and in whatever language. Perhaps, we could also hire a few Italian mayors to do the job and make offers we can’t afford to refuse, since we are already in a state of emergency from sheer denial.

Seales acknowledges in this excerpt, “Protocols advise ‘please do not roam’, De safest place is in your home, U don’t have to lime or congregate, A coffin just might be your fate…”

As the Italian mayor, Antonio Tutolo ranted about people who hired hairdressers to visit them at home: “Do you understand that the casket will be closed?”

“ID is singing about asinine behaviour. “Pat down … or face an SOE, I begging you … change your attitude, For de gift of life show gratitude, Better you stay indoors like you quarantine, I begging you please … don’t hee haw de scene.”