Analysis of the end of Huelva’s soft fruit season Huelva’s 2020/2021 soft fruit campaign is now in its final phase. Despite the ups and downs recorded during the season, the largest producer and exporter of berries in Spain, the second-grade cooperative Onubafruit, is satisfied with the results, although it also mentions that the current difficulty in finding enough labor may worsen in the coming years. The entity expects to reach 32,000 tons of strawberries, 11,000 tons of raspberries, 16,000 tons of blueberries and about 150 tons of blackberries. 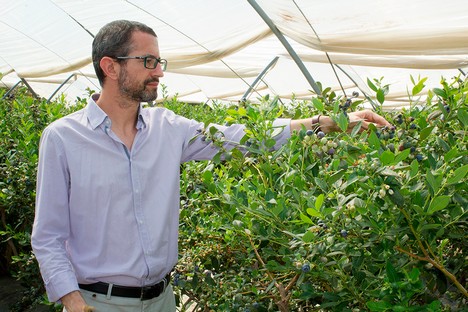 The extension of exports this year helps improve strawberry campaign
“The strawberry campaign started late due to storms and cold fronts and the sector had to work with volumes around 50% below average in the first three months. Moreover, the abundant rains caused significant volumes which could not be marketed fresh to be discarded,” says Carlos Esteve, commercial director of Onubafruit. “The demand at that time was greater than the supply, although supermarket chains continued to push prices down. At the end of March, volumes began to return to the usual levels, and by the second week of April, there was already an oversupply. Although volumes were too high up until April 20 and prices came back down, the sector was able to manage the situation.”

“From the last week of April, the production curve began to flatten and, at the same time, the low temperatures in other European countries – to which Spain exports most of its production – significantly delayed the start of their campaigns. This has been very positive for Spanish exports over the last two months. It has allowed us to continue exporting and selling more production until a few days ago, thereby extending the season. This means that, in general, it will end up being a good season overall,” says Carlos Esteve.

According to the commercial director of Onubafruit, which has one of the largest blueberry productions in the sector and a program to develop its own varieties, the blueberry campaign has generally developed smoothly, with signs that this berry’s consumption continues to grow.

“The continuity in the supply of blueberries during the year boosts consumption”
“The blueberry harvest has been fairly staggered, with no overlap between varieties and sufficient production at each time of the season, with an excess of fruit at the end of May, as it usually happens every year. Due to the influence of the weather, volumes have been similar to those of last year, as initially expected. However, blueberry consumption continues to grow every year, so we are selling more than 2 years ago.” 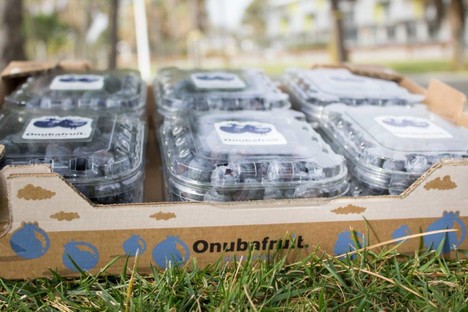 According to Carlos Esteve, although prices have been a bit tight at the end of the season, the demand is responding and there is continuous growth. “The supply globally is very large and the market is always supplied from various origins, leaving fewer production gaps, which facilitates regular consumption throughout the year. This helps the consumer become more familiar with the product and consume it more regularly, and all producers in all countries benefit from this. In Spain, the fruit is already on the shelves of all supermarket chains during the 12 months of the year, although in terms of volume, it still falls far behind other central and northern European countries.”

A year with less raspberry production and less competition from Morocco
Overall, it has been a year with less raspberry production compared to last season due to the reduction in the acreage. “The supply and the demand have been in balance for much of the season, with the exception of May, when most of the remontant varieties are harvested. There were two difficult weeks then at a commercial level, although, in general, during the rest of the year there have even been some product shortages at some points,” said Carlos Esteve. 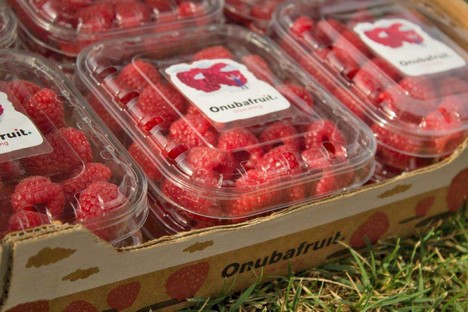 As regards the competition with Morocco, which was quite tough last year, this season Spain’s neighboring country seems to have had a smaller production. “This year there has been less pressure from the Moroccan supply. It is really difficult to grow raspberries for export in this country, taking into account the handicap of the distance and logistics, as it is delicate product with a very short shelf life.”

The diplomatic crisis between Spain and Morocco could trigger labor shortages.
The difficulty for Huelva’s berry sector to find pickers is a growing problem. “This year we have again had difficulties to find enough pickers. In fact, there are growers who have been unable to harvest some products because they did not have enough laborers. Thanks to the fact that there has been no overlapping of varieties this year, we have been able to cope, but we foresee a future with increasing difficulties if this trend continues. Many growers are realizing that it is better to hire more workers at the beginning of the season, because, although it is not necessary in that period, it ensures that they have enough staff in the final stages, when it is most needed.”

The diplomatic crisis between Spain and Morocco has only added to the concern. “Around 50% of the workers hired for the berry campaigns come from Morocco. The latest incidents that have worsened the relationship between the two countries have already taken place at the end of the season, but it is essential that this is resolved before the start of the next one. Fortunately, the professional associations are already working on programs to bring workers from Latin American countries such as Honduras, Colombia or Ecuador.”