The lemon season in Tucumán, Argentina’s most important producer of this citrus fruit, is progressing with severe difficulties. The unstable weather conditions during the fruit’s development, the strikes, the growing competition with South Africa, or the harsh conditions imposed on exports to Europe are some of the major obstacles faced by Argentinian lemons, and there’s high pressure on volumes and prices in the market. 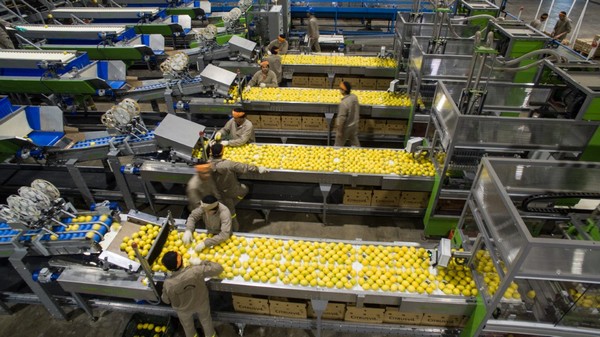 “The season has been quite complicated due to climatic, logistic and union related issues. We have had some big strikes last week that slowed down the production and export processes,” said Francisco Rotella, commercial director of Citrusvil. “At the same time, South Africa’s fruit is exerting pressure on the markets outside of the European Union, and Argentina tends to struggle with a lack of competitiveness in terms of costs. All these factors are affecting the development of the season.”

In fact, the weather has been one of the decisive factors, since the lack of rainfall during the fruit setting and growth phases has taken its toll on the production, reducing the harvest forecasts in the province. “Up until November 2020, the severe drought that our province was suffering had led us to think that we were going to see a significant drop in the production. But from the summer, from December 2020 to April of this year, there were more regular rains, which allowed the plants to recover. However, this situation caused a physiological disorder in the plants, with different situations observed at the time when an estimation was made. Beyond this, we could say that there’s a more optimistic picture now than back in November and December,” says Francisco. “In a couple of weeks, we will have a new estimate of the volume that we will eventually have available.” 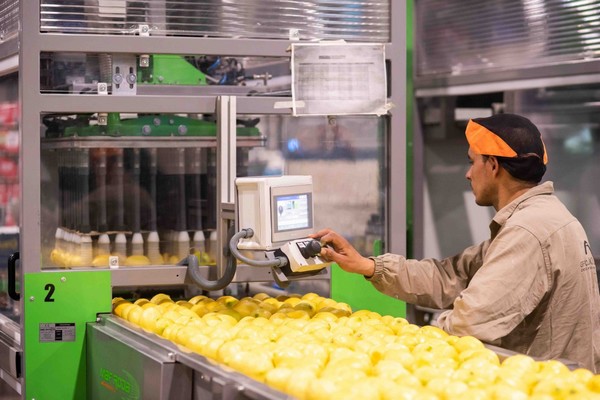 The first shipments of Citrusvil lemons were made at the end of March and are expected to continue until late July or early August, “always depending on the fruit supply,” says the commercial director of this Argentinian company, which is devoted to the production, processing and marketing of fresh lemons and their derivatives. The start of the marketing campaign has practically coincided with the European Union’s announcement of the reopening of its market for Argentinian citrus fruits, achieved thanks to the joint work between Senasa, the Ministry of Agriculture, Livestock and Fisheries, the Foreign Ministry, the provincial governments of NOA and NEA and the citrus sector. The market reopened on May 1.

“We will have to see if we can meet the requirements of both the EU and our health authority, Senasa, to be able to export to Europe. Perhaps these requirements may lead to the export volumes to the EU being limited not only for Citrusvil, but for Argentina as a whole,” says Francisco.

“The United States is a market in which everyone is trying to grow, given the uncertainty in Europe, but we are clearly going to have to be very careful to prevent any commercial aggressions. Argentina should strive for a responsible and sustainable growth in this market. The key this year will be the diversified commercial strategies of each company, which is what Citrusvil has been working on over the last few years,” he says.

South Africa continues to take market share away from Argentina, which is at a disadvantage
In a dynamic and competitive market, the suspension of Argentinian citrus imports to Europe was beneficial for other global players, such as South Africa, which absorbed part of the import quota of the EU’s main lemon supplier. “Statistics show that, at the moment, South Africa’s exports are well ahead of last year’s. These are focused on the markets of the Middle East, Southeast Asia and Russia, which have received approximately 80-85% of the volume exported so far,” says Francisco, “but as of May, the focus will start moving to the European market, and that is our greatest concern. Not because of the consequences that this may have this season, but because of the medium-long term impact on Argentina’s exports to Europe.” However, this situation could help decongest markets outside Europe (Russia, Canada, Southeast Asia and the Middle East). 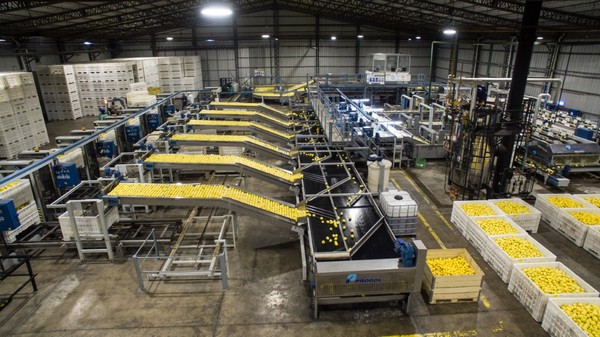 And they are not only reaching Europe; South Africa already started delivering its citrus fruits several weeks ago in Canada and the other markets mentioned above.

“This year, South Africa aims to export about 453,000 tons; that is, 15% more compared to what was exported in 2020 (395,000 tons),” says the professional. “To market such a volume, it is necessary to resort to aggressive commercial strategies in terms of prices.” In fact, according to Francisco Rotella, the pressure from the supply on the market is causing prices to stay at a relatively low level. “Argentina is clearly not alone in the market, but the country is also burdened by a lack of competitiveness with respect to other producing countries, as is the case of South Africa, due to the great disparity in costs.”

Despite the difficult context in which the campaign is developing, Francisco Rotella is confident that, from the summer (in the northern hemisphere) onwards, the consumption of lemons will start to recover, and the horeca channel will regain its activity as more people get vaccinated. “We’ll see how we’ll get through this year, but Argentina will clearly have many obstacles and we will have to see if we are able to overcome them,” says Francisco Rotella.